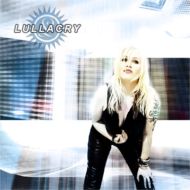 Like its Scandinavian neighbors Sweden, Finland has been producing an disproportionately large number of quality metal acts over the years, with many of the country's finest exports, such as H.I.M., SENTENCED, STRATOVARIUS, CHILDREN OF BODOM, and NIGHTWISH, receiving almost as much—and in some instances, even more—recognition outside of the Finnish borders as they have back home. However, unlike the Swedes, who tend to like their metal on the more extreme side of things, the Finns appear to be rooted in the more traditional metal and rock end of the spectrum, with the above-mentioned acts paving the way for many of the newer bands who are hoping to follow in their footsteps.

Although Be My God is LULLACRY's sophomore offering, it is the group's first CD to receive a US release, and it is clearly a much superior outing to its predecessor, 1999's Sweet Desire, which was an admittedly enjoyable effort in its own right. Stylistically, not much has changed since the recording of LULLACRY's debut, and the band are still content to churn out relatively up-tempo numbers that revolve around frontwoman Tanya's melodious wailings and a riffing approach that occasionally brings to mind SENTENCED and H.I.M. To the group's credit, however, great improvements have been made in the quality of the songwriting, and tracks like the excellent “Without The Dreamer” and the equally infectious “Bonfires Of Time” are unquestionably some of the catchiest numbers you'll hear on a metal album, their pop-flavored sensibilities perfectly complementing the impressive hard-edged guitar work of primary songwriter Sami Vauhkonen.

It is likely that LULLACRY's Be My God will get more attention from the hormonally-charged metal youths through its blatantly sexist cover photo (featuring Tanya in her most, eh, “seductive” pose) than as a result of any review, but for anyone that is willing to dig deeper (no pun intended),this will turn out to be a richly rewarding musical experience that easily stands as one of 2001's highlights.