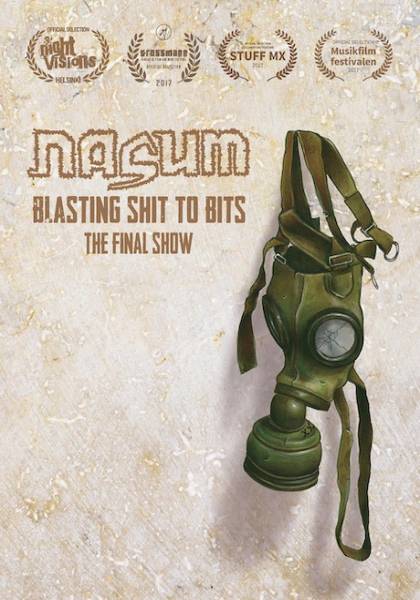 NASUM's origins were humble. The band was born in 1992 from NECRONY's ashes in Örebro, a 13th century city nestled within the center of Sweden. The now defunct band's members are humble, and yet the Swedish act has left an indelible mark upon the face of extreme music. They will be remembered as one of the definitive grindcore bands. But while the band was in full stride, four studio albums deep into its career, tragedy struck while the band's frontman, Mieszko Talarczyk, was vacationing in Thailand. He was killed by the 2004 Indian Ocean earthquake and tsunami; a jarring event that was the catalyst for the unit's disbanding.

The surviving band members didn't want their legacy to be defined or overshadowed by tragedy. Instead, and coinciding with their would-be 20th anniversary, NASUM decided to end things on their own terms. A single, final show was their initial intention. However, reflection about the hard work that was involved, combined with the hungry response from extreme music aficionados worldwide, led the ensemble to bow out with a final world tour.

Director Michael Panduro captured the essence of the band's final day and show in Stockholm in "Blasting Shit To Bits – The Final Show", a documentary that had a cinematic premiere in 2017. Fast forward to 2020, the documentary is finally being released on physical format by the Polish grind and death metal label Selfmadegod Records. The DVD showcases the feature-length film, as well as forty minutes of bonus material, which includes extended interviews and behind-the-scenes footage. The bonus offerings prove to be just as captivating and moving as the explosive concert footage.

After considering notable vocalists such as NAPALM DEATH's Barney Greenway and AT THE GATES' Tomas "Tompa" Lindberg, NASUM selected ROTTEN SOUND's Keijo Niinimaa, who is just as humorous and likable offstage as he is ferocious onstage, to scream and growl into the mic. NASUM hit a home run with the Stockholm show not because it was a perfect performance, but because it was a passionate one, from the perspective of fans and the band, that was driven by the anxiety, melancholy, sadness and joy of the band members who were aware of the finality of it all. Following the show, NASUM's members were exhausted, gasping for air before consuming libations. They were laughing. They were crying. Drummer and founding member Anders Jakobson gathered his thoughts regarding the magnitude of the momentous event. "Tomorrow is the first day of the rest of our lives…without NASUM as an existing band. Yeah. Things will be different."