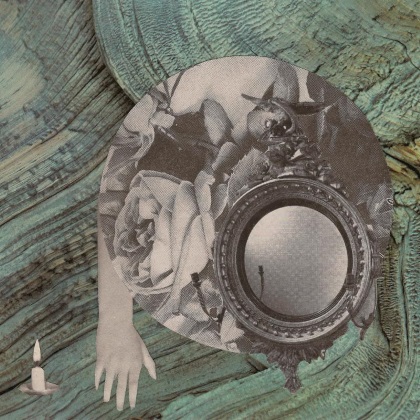 Bruce Lamont is one of the underground's unsung heroes, and he is revered by those familiar with his work. It's just unfortunate that many folks are unfamiliar with the talented musician. Whether his contributions or projects are one's cup of tea or not, his immense talent, performance and stage presence are all simply undeniable. The saxophonist and vocalist has been a key feature of bands as diverse as YAKUZA and CORRECTIONS HOUSE, and his contributions are instantly captivating. The prolific artist has also worked with the likes of such notable artists as SIGH, CEPHALIC CARNAGE, DRUG HONKEY, BIBLE OF THE DEVIL, PELICAN, MINSK and NACHTMYSTIUM. What's more, he sings for the highly regarded cover band LED ZEPPELIN 2.

It's been seven years since his solo debut, "Feral Songs For The Epic Decline" (2011). The experimental maverick has finally released its follow-up. While the debut wasn't quite as sonically hefty as the material he is typically associated with, his sophomore effort, "Broken Limbs Excite No Pity", is more forceful even though the primary focus seems to have been to sculpt massive soundscapes. More specifically, "Broken Limbs Excite No Pity" pulls from styles as varied as Americana, doom, noise, folk and ambient in creating sprawling, dynamic encapsulations of sound.

It's clear from the onset that Lamont continues to create art for its own sake. It's nothing you'll probably ever hear on mainstream terrestrial or internet radio. Considering the decision to use the 10-minute-plus track "Excite No Pity" as the opening song should make this point painfully clear. It starts things off with calm, soothing sounds that breathe and thicken progressively with an eerie and ominous quality that's as enjoyable as it is surreal. Drawn out vocals of a man sounding possessed eventually emerge, while maniacal screams weave their way into the mix toward the end mirroring the unnerving ending where the layers of sound have built up a wall of noise. Every song is a slice of the abstract; sometimes of the absurd. "8-9-3" and "The Crystal Effect" also benefit from the interplay between calmer ambience and more chaotic noise.

The ever-present dreamlike quality presses through "Maclean"", this time laying atop folk guitars that are tied with a fading in-and-out electronic loop and Lamont's soothing, soaring vocals. This song, as with the entire release, also boasts his deeper vocals that are captured in hypnotic chant-like phrases. The aforementioned marriage between acoustic guitars and electronics carry through "Goodbye Electric Sunday". This time, however, the guitar drives with a nod and wink toward surf rock and psychedelia with Lamont's vocals alternating from a low spoken word to haunting falsetto howling.

Lamont's music isn't for everyone, but "Broken Limbs Excite No Pity" is a fantastic release for anyone who appreciates experimental and left field approaches to heavy music.