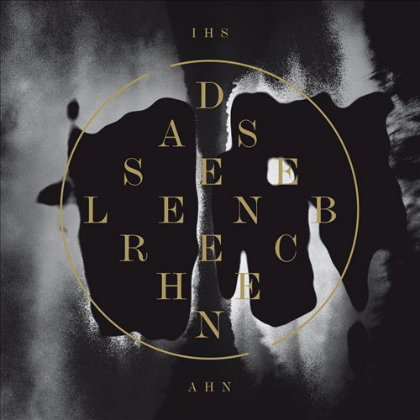 One day when we're all dead and gone, future generations of music aficionados are going to have their hands full deciphering all of the varying threads of metal music in order to get to the core of who mattered and who merely participated. With each project he affixes his name to, Ihsahn proves to be one of those who will matter forevermore.

EMPEROR yet remains the class elite of black metal, while Ihsahn's side ventures PECCATUM, LEPROUS (who lately doubles as his solo band) and THOU SHALT SUFFER have extended his songwriting capacities beyond the ostentatious savagery that's been a large part of his legacy. As a solo artist, Ihsahn has bravely sought his own path, which obviously doesn't sit well with every black metal purist, but by now, Ihsahn has transcended all boundaries and stereotypes that have followed him since the EMPEROR days. Now with his fifth solo work, "Das Seelenbrechen", boundaries are damned altogether and Ihsahn challenges his listeners with broader music theory than even he has demanded of himself.

The title "Das Seelenbrechen" is taken from a book by Friedrich Nietzsche in which he discusses the merits of art, coming to the conclusion that it is neither good nor bad. A little too gray a position, honestly, but for Ihsahn 's purposes, Nietzsche has liberated him as a musician and artist. "Das Seelenbrechen" might be Ihsahn's aural Dada equivalent of a Max Ernst piece.

The new album finds a lot more emphasis placed upon experimentalism and even softer techniques with drum machines, synths, coldwave, prog and jive, plus accessible harmonies and brief spoken word added to Ihsahn's staggering terror zones. All of "Das Seelenbrechen" is employed with an ever-present reminder of a baleful superego lurking in the shadows no matter how calm portions of "Das Seelenbrechen" may be. As oddly romantic and pleasing as "Pulse" comes across, all it takes to remind you this is Ihsahn at work is a dank synth track smoldering behind the song's erotic esthetics to convey a likelihood of the sinister.

Ihsahn has stated that "Das Seelenbrechen" is a "deliberate sidestep", and "a necessity to reset the creative parameters so as not to fall into formula." Some might call this album unpredictable, some a crapshoot. There are plenty who will slice the word "shoot" out of the latter word, but the key to "Das Seelenbrechen" is to simply lose yourself in it, just as Ihsahn himself does. There's no real thread or theme to this album other than Ishahn feeling for his parameters and then leaping over them to see what materializes for interpretation. "Das Seelenbrechen" does require patience since Ihsahn tests both ends of the spectrum between placid and extreme.

Ihsahn trades palettes of calm and ugly throughout this album, unraveling textures he's never before used with the haunting yet sweeping opener, "Hilber", that begins menacingly like his other solo works. What you think you're getting on "Hilber", however, is hardly thus. Prog elements soon play a hand and later, chamber fugue that gets caught inside whirlwinds of shrieking guitar. Ihsahn twice cascades "Hilber" with pounding synth washes including the dramatic outro and within one song, the listener is called upon to stand firm with the guarantee of impending variations.

Perhaps consulting the playbooks of KATATONIA and OPETH's "Damnation", Ihsahn sensuously swoons through his filtered vocal track on the delicate "Regen". The song is further adorned with chimes, morose piano lines and a slide-step drum shuffle that suggests an underlying sense of malice. That malevolence is delivered forthright with a roundabout metallic explosion and Ihsahn's emblematic anguished screams. In the background are more of Ihsahn's cleans, choral fills and up-tempo synths to act as conscience to "Regen"'s brazen temper tantrum. Afterwards, Ihsahn sends "Das Seelenbrechen" into a detailed yet unexpectedly warm setting with the prog-chopped "NaCl" before caressing his listeners with "Pulse".

Forget getting too settled with this album, as Ihsahn grows outright terrifying with his screeching lulls amidst the rolling chaos and unhinged guitar static on "Tacit 2". The longer the drums crash and spiral and the guitars broil then simmer, the more unsettling "Tacit 2" feels, despite the tighter and nearly comfortable songs preceding it. Out of numerical sequence, the following number "Tacit" is initially a twisted conjugal merge between wicked and affectionate. "Tacit" later switches gears numerously from a militant march to a classical sweep to a pseudo Big Band jive, all sections ultimately brought together to create a disturbed, encompassing and powerful cadence. Expect Ihsahn to squawk frighteningly overtop his massive tidal wave of sound.

The esoteric "M" finds Ihsahn stepping into a screechy hellhole filled with numbing bass filters and ear-puncturing electronic rakes, practically reporting what he sees, which is not for the faint of heart. What threatens to be a spoken word disaster erupts into a terrific, creeping rock blast with wailing guitars and lumbering bass lines that glue together inside of a funneling rhythm to create the feeling of a shivery dump into an overlooked crater found on PINK FLOYD's dark side of the moon.

The Gothic horror shades of "Sub Alter" produces some of the most emotive guitar work on the album, keeping nearly in singular until Ihsahn introduces some incremental piercing coldwave and offsetting warm vocals. As bass and measured beat patterns worm into the creeping piece, Ihsahn produces echo effects and synths, letting "Sub Alter" grow in agitation before crashing it all to a halt with a faint outro. Hardly conventional stuff, but by now, nobody expects conventionalism to rule Ihsahn's work, no matter how inviting "Pulse", "NaCl" and "Regen" might come across. The brutal digital hell and searing electronics splicing into "See" suggests hints of future compositions to rival EMPEROR at its fullest fury. Or perhaps Ihsahn will embrace the light side which continues to sift into his complex domain. Either way, he remains an evolutionary wunderkind.