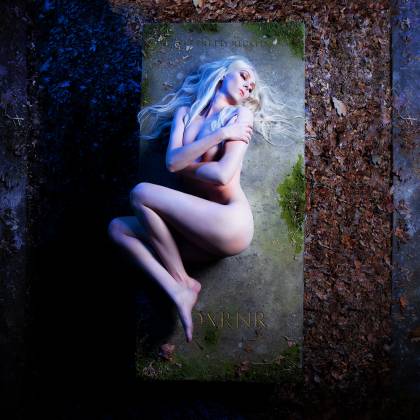 Death By Rock And Roll

More than decade in, any cynicism one might have had about Taylor Momsen's devotion to music has long since been hurled out of the nearest window. In a world that seems increasingly in favor of not-particularly-challenging hard rock, THE PRETTY RECKLESS have both a charismatic frontwoman and a sound that is less easy to pin down than you might imagine. In fact, each of their albums to date has felt like a step upward and onward, and their fourth album, "Death By Rock And Roll", is no different.

It's worth bearing in mind that this is definitely not aimed at CANNIBAL CORPSE fans. As with obvious peers like HALESTORM, THE PRETTY RECKLESS are traditional to the core, dealing in straightforward songwriting with verses, choruses and middle eights. The production is big, shiny and expensive sounding, and the songs — a few misfires aside — are catchy and anthemic in such a way that it's much harder to imagine them being performed in a small venue than in a giant arena. With all that in mind, "Death By Rock And Roll" is not a difficult album to asses: you will either be a fan of ballsy, ambitious, radio-friendly hard rock or you won't. Fortunately, there are several genuinely great songs on here, all with huge amounts of disarming charm.

The opening, title track is decent enough starting point, despite being a little corny and unimaginative in the riff department. In contrast, "Only Love Can Save Me Now" is a simply great song, with strong shades of solo OZZY and some blistering leads from guitarist Ben Phillips. As with several other tunes here, it highlights the cleverness of THE PRETTY RECKLESS's sonic ethos, wherein big melodies and classic riffs are somehow combined to create something that never sounds retro, even including the organ-laced, SABBATH-ian stomp that erupts with great exuberance during "My Bones". Showcasing a much more dynamic side, "25" is a haunting, gothic ballad, rich with hazy strings, blessed with an unexpected mid-song, prog-pop detour and a magnificently overwrought, grandstanding chorus. Similarly, both "Got So High" and "Standing At The Wall" see Momsen in reflective, semi-acoustic mode; the former sounding like some lost MAZZY STAR outtake fed through the cozy gleam of modern day Nashville, the latter a powerhouse, lighters-in-the-air moment, replete with sweeping strings. Both offer a change of pace and tone that suit both singer and band extremely well, while also distracting from less memorable, rock-by-numbers moments like "Witches Burn" and "Turning Gold".

Closing with another sturdy Americana-style ballad ("Rock And Roll Heaven") and the breezy folk rock of "Harley Darling", "Death By Rock And Roll" is a difficult album to dislike. Momsen's voice gets better and better, at least half of these songs will lodge themselves in your brain for months and, for all their unapologetic mainstream-ness, THE PRETTY RECKLESS really don't sound like anyone else. Take note, legions of boring rock.