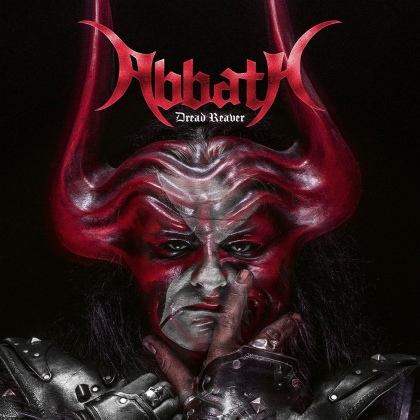 Banished from the frostbitten IMMORTAL nest, Abbath (the man) and ABBATH (the band) have made light work of establishing themselves as a fiercely independent creative force in extreme metal. Although not quite as brashly definitive as the illustrious classics that made the Norwegian so notorious, both 2016's self-titled debut and 2019's "Outstrider" were full of blistering, bombastic moments, all still rooted in the thunderous, fervently pitch-black heavy metal that seems to ooze from the singer / guitarist's every pore.

As you might expect, "Dread Reaver" offers no radical departures, and we should all be thoroughly grateful for that. There are few things more exciting than the sound of Abbath (the man) at full pelt, and the opening "Acid Haze" provides a timely reminder of his uniquely berserk presence. Played at apocalyptic speed and bristling with fury, it sets the tone for another sustained sonic bombing raid, ending with a prolonged Abbath screech that seems to sum up his state of mind here. "Scarred Core" is marginally slower, but no less intense. The old-school values that he has always loudly espoused have rarely been more evident: this is steroid-bloated and violently hallucinating VENOM worship, thrillingly primitive and psychedelic.

"Dream Cull" was the first track that ABBATH released from "Dread Reaver", and it's arguably the most expansive on the record. With a greater sense of sonic space and a powerful, old-school gallop underpinning the brittle, wintry riffs, it has an epic, windswept feel that suits Abbath's weather-beaten shriek perfectly. Lead guitarist Ole André Farstad's explosive soloing comes as a welcome bonus, too. Elsewhere, "Myrmidon" bridges the divide between Norwegian black metal and POSSESSED's "Seven Churches": an unstoppable speed metal juggernaut aimed squarely at the night sky. "The Deep Unbound" is another all-out blitzkrieg; "Septentrion" takes a mid-paced battering ram to the grand mythology of the frozen north; "The Book of Breath" switches seamlessly from unrelenting brutality to a noirish, psilocybin fog, and back again.

The closing title track is a solid candidate for best of the lot. A muscular, marauding heavy metal anthem, with strong undercurrents of the otherworldly, it sounds sufficiently removed from its creator's past achievements to be regarded as some kind of new manifesto for black metal heroism. As a ridiculously fiery version of METALLICA's "Trapped Under Ice" also confirms, Abbath is still locked firmly into the heavy metal mainframe, and making some of the most dynamic music of his career. None more metal, even after all this time.