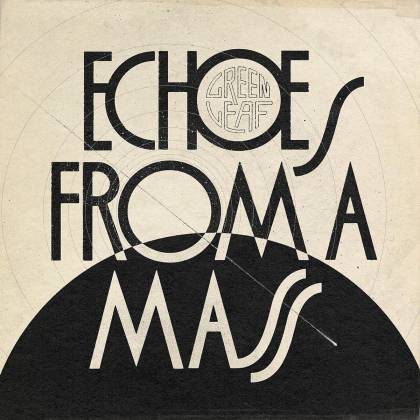 Echoes From A Mass

You can't argue with veteran status. GREENLEAF have been around in one form or another for over two decades now, and while guitarist Tommi Holappa (ex-DOZER) is the last man standing from the band that released 2001's "Revolution Rock", "Echoes From A Mass" still feels like a joyous upholding of sonic values that cast their spell on these Swedes many moons ago. A little more streamlined and forceful than 2018's "Hear The Rivers", GREENLEAF's eighth full-length is full of the same slightly off-kilter songwriting, twinkling psychedelia and, most essentially, enormous, fuzzy riffs that threaten to compromise your digestive system.

The band's latest secret weapon, frontman Arvid Hällagård has one of those insidious, softly expressed voices that floats across the crackle and hiss of the guitars' distortion, bringing a delicate air of otherworldliness to what is otherwise some stoically rudimentary rock 'n' roll. As a result, songs like the direct and catchy "Good God I Better Run Away" and the desert rock rush of "Love Undone" never quite conform to stoner rock convention, hijacking the hooks of grunge and the sharp, rhythmic edges of retro roots rock with equal alacrity. "Needle In My Eye" is a particularly exhilarating example of GREENLEAF's uniquely wonky blend of fuzz and furor: constructed around a repeated upward crescendo of drums and distortion, it's distinctly wonky by design but utterly pure and no-nonsense in execution. "Bury Me My Son" is another instant home run. It starts as a strutting, blues rock workout, with strong echoes of FREE's Paul Kossoff, before morphing into a ferociously overdriven wall of stormy doom and then, because GREENLEAF are a dexterous lot, back again. Relatively succinct by comparison, "A Hand Of Might" may be a rare example of a heavy band audibly lolloping, its lethally effective vocal hooks borne aloft on waves of creepy clatter and heavy-handed vocal delay.

"On Wings Of Gold" is the album's most indulgent and nourishing moment: again, GREENLEAF are such wise, old masters of this stuff that it hardly needs restating that they have an enviable shared, internal metronome and strong sense of booty-shaking swing. It all comes together in a riot of bong-juggling and bombast during the song's sublime six-and-a-half minutes. In contrast, "What Have We Become" is a haunting, existential plea that builds from austere, sober start to the grim, post-metal gospel of its outgoing, final refrain, a late but lasting reminder that the Swedes are instinctive non-conformists and much more adventurous than first impressions might suggest. Another fine album from an admirably consistent band.