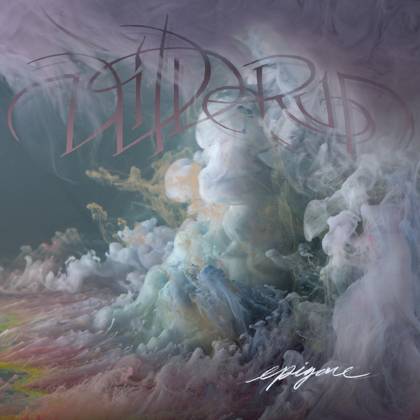 Some of us are still recovering from hearing the last WILDERUN album, 2019's "Veil of Imagination", for the first time. Not that the pursuit of the perfect progressive metal hybrid is any kind of sensible endeavor, but there was something extraordinarily rich and all-encompassing about the music on the band's third full-length record. WILDERUN were, and definitely remain, something special. Satisfyingly, "Epigone" goes beyond simply reaffirming how ingenious and technically gifted these musicians are. Instead, via a somewhat hazy and convoluted conceptual thread that deigns to unpick the emotional maze of creativity itself, this is another grand leap into hitherto untouched musical and emotional depths.

Admittedly, you probably need to be heavily into progressive metal and all the experimental insanity that goes on at its fringes to find this an accessible piece of work in any way, but "Epigone" defies modern attention spans and almost seduces, drawing the listener into an unapologetically escapist and otherworldly realm, where the normal rules of boring music do not apply and everything sounds like the soundtrack to the wildest of hallucinations. It also becomes swiftly apparent that occasional echoes of kindred spirits like OPETH, DEVIN TOWSEND, BETWEEN THE BURIED AND ME and others are purely incidental, and simply the product of similarly feverish and fearless imaginations. Again, WILDERUN are something special and "Epigone" refines their sound to its wondrous, still-evolving essence.

Opener "Exhaler" is one of the most beautiful songs of 2022, and I realize it's only January. A deliberate curveball with a gentle melody that drifts and swoops through shimmering strings and elegant acoustics, it speaks of its creators' supreme confidence in their own artistic judgment. It also provides the most disarming of preamble to the outright madness that soon ensues, as 14-minute colossus "Woolgatherer" weaves its labyrinthine spell. Lushly orchestrated, as you might hope from a band whose ranks number former co-workers of HANZ ZIMMER, and almost overburdened with unforgettable melodies, it showcases WILDERUN's collective lightness of touch, and the impeccable precision and tastefulness of their individual performances. Symphonic in the truest sense, "Woolgatherer" rattles through bursts of blackened blasting and guttural bellowing, with tumultuous choirs and orchestral color thrown in for good measure, before a seamless switch to elegant, twinkly eyed folk rock and a final, genuinely startling crescendo of joyously pompous and unrelenting brutality. Barely 20 minutes into the record and discerning listeners may find themselves needing a quick lie down. But persist you must because the rest of "Epigone" is equally jaw-dropping. From the previously heard, immaculate sprawl of "Passenger" and "Identifier"'s full, 11-minute, kaleido-metal mystery tour, to "Distraction"'s final, four-part, mutant-metal revelation, "Epigone" is absorbing, immersive, fascinating, terrifying and beautiful. Frequently audacious and never less than brave, it's another reason to get childishly excited about what elseWILDERUN might be able to do. For now, this is what a happy new year sounds like. Wow.