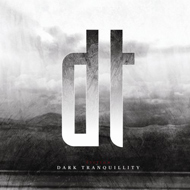 Listening to DARK TRANQUILLITY's "Fiction", it was almost as if the Swedish melodic death metal institution was sending a message to the hordes of imitators: "Who are you trying to kid, this is the Gothenburg sound!" And "Fiction" is right up there with DARK TRANQUILLITY's strongest material. The band brought all the key elements together in one solid package on "Character" as well, but "Fiction" comes across as DK saying, "don't be so quick to forget about the roots; we're still around, you know."

First of all, Tue Madsen's production sounds amazing. Everything sounds so natural, even approaching earthy, and the instrument clarity is excellent. I especially enjoy the organic feel of Anders Jivarp's drumming, as well as the chilly notes from Martin Brändström's keyboards. In fact, is during those moments when Brändström's perfectly placed key strikes enter that the result is just plain beautiful. This is an example of a band that understands how to skillfully incorporate keyboards into a melodic death metal composition; as a variation of the old saying goes, it is often understanding when not to play that makes all the difference in the world.

As for the songwriting, it is high quality stuff across the board. Not a single moment disappoints, although one batch of songs in particular is most noteworthy. That batch includes the classic DT sound heard on the one-two punch of album openers "Nothing to No One" and "The Lesser Faith". The latter is quintessential, speedy Gothenburg melodic death metal. While both songs exemplify the strength of the keyboard work, the melody on "The Lesser Faith" benefits from it as greatly as any song on the album. Add the slamming "Blind at Heart" (with yet another catchy chorus) to that group as well. The rhythm of "Terminus (Where Death is Most Alive)" is chunky and muscular, the up-tempo "Focus Shift" is smartly aggressive, and the slower, more melancholy "Inside the Particle Storm" is enchanting. The use of clean, even gothic, vocals on the verse of "Misery's Crown" complements well the memorable (and growled) chorus, while "Empty Me" demonstrates DT's knack for blending up-tempo heaviness with pure elegance. Album-closer "The Mundane and the Magic" brings the intensity level down a notch and is a lovely way to end the proceedings. It also includes some mellifluous female vocals and has Mikael Stanne once again showcasing his clean vocal side.

As odd as it may sound, "Fiction" just feels right. The musicianship is great, and the songs are catchy, dynamic, and often aggressive. The sound will be familiar enough to satisfy the die-hard fans and offers just enough in the way of style diversification (though not a great deal) to help it to stand on its own as a work worthy of note in the DT catalogue. Yes, you want this album.