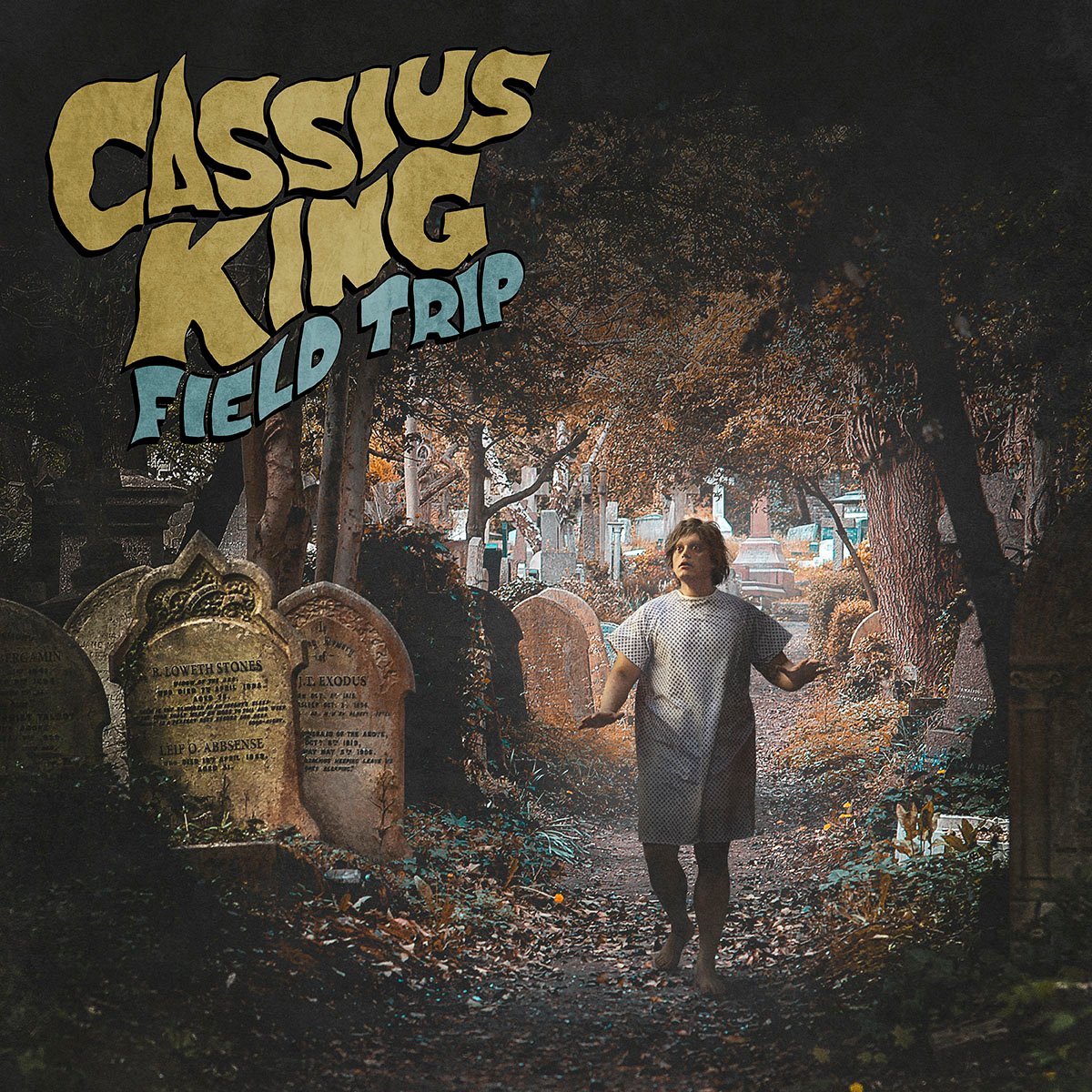 As the world spins faster and faster, an occasional, nourishing chunk of certainty is something to cling on to. One such unshakeable truth is that when Jason McMaster sings some heavy metal, that heavy metal stays fucking sung. Best known as vocalist for tech-metal pioneers WATCHTOWER, and more recently with the mind-bending HOWLING SYCAMORE, McMaster has one of those undeniable, roof-rending classic metal voices, and everything he touches sizzles with authenticity as a result. Meanwhile, ex-HADES guitarist Dan Lorenzo has been pumping out compelling riffs by the score for decades now, and most recently with the doom-fueled and lascivious VESSEL OF LIGHT. CASSIUS KING is plainly Lorenzo's baby, because it's his colossal riffs that dominate, but McMaster is in the most natural of habitats here, because "Field Trip" is an unashamed and untamed salute to early '80s true heavy metal thunder, albeit with more than enough filth and fuzz to set off the stoner rock klaxon too.

With that voice front and center, buoyant and bullish amid a startling flurry of fresh Lorenzo riffs, "Field Trip" is a riot from the very start. "King of Lies" is a fiery, SABBATH-ian stomp with giant testicles and obscene quantities of swagger. Nailing that quintessential old-school rumble is no mean feat, but CASSIUS KING are audibly steeped in the stuff, and these songs truly swing, even as they raise the flag for classic metal bravado. "Below the Stones" is pure, snotty street doom, with McMaster in sinister master of ceremonies mode; "Cleopatra's Needle" harnesses the dramatic punch of DIO's glory years and welds it to a chassis of virulent sludge; "Leave of Absence" is a master class in strutting, LED ZEPPELIN hell-blues, but with delectably psychedelic undercurrents. Best of all, "Six" is a bruising, dynamic hymn to mortality, with a dash of DANZIG's grotesque theatricality and the clanging chimes of doom resonating in the background.

Two closing covers add even more color to this band's Polaroid vista: a gnarly take on CHEAP TRICK's "Big Eyes" is brilliantly goofy, while CASSIUS KING's rip through ZEPPELIN's "Out on the Tiles" is almost dangerously boisterous. As with everything that precedes them, they both sound like the musical embodiment of a fantastic time had by all. A meeting of masterful minds, CASSIUS KING pitches one of the all-time great metal voices against some of the biggest riffs anyone will encounter in 2021. Consider your most cherished boxes firmly ticked.