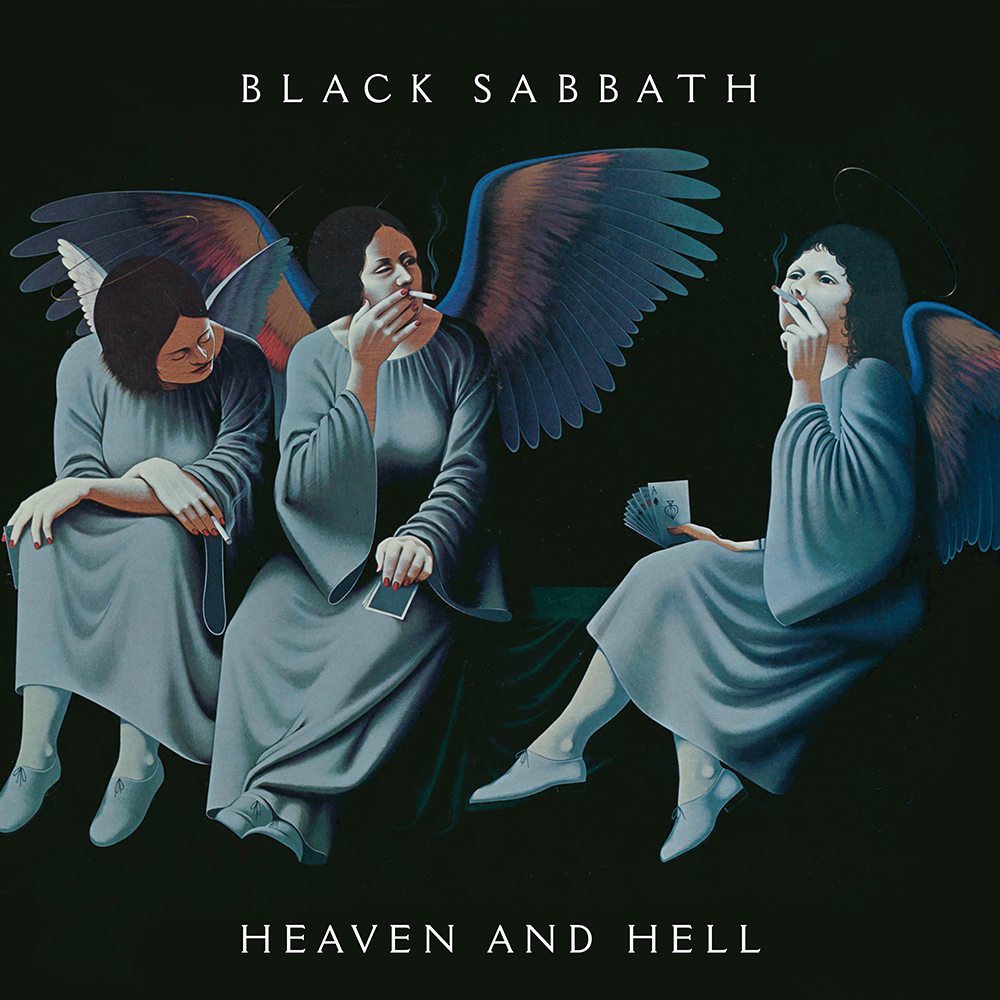 BLACK SABBATH's Ozzy Osbourne-era undoubtedly changed rock music and expedited the rise of heavy metal with the landmark work they released in the early '70s. That lineup however had been running on empty with their last two albums. 1976's "Technical Ecstasy" and 1978's "Never Say Die" were solid rock albums with a few catchy songs here and there but were not befitting of what they had built with their previous records. Ozzy Osbourne's 1979 firing put an exclamation point on that decline. Ronnie James Dio's vocal energy and lyrical craftsmanship was the exact injection of life that was needed to guide BLACK SABBATH into the 1980's, and Rhino's new Deluxe Edition of "Heaven And Hell" celebrates over forty years of the record's legacy with its new remaster, released with a generous helping of bonus live tracks spotlighting the greatness of that short-but-legendary chapter of the BLACK SABBATH story.

The new remaster of the main album doesn't really reveal too many nuances unheard on prior issues, but any excuse to revisit this classic record is well-appreciated. Tony Iommi's guitars and Geezer Butler's bass performance do feel slightly warmer on the new master, but once again Dio's vocal performance is the biggest star of the show. Album opener "Neon Knights" features more energy than anything from the group's prior two studio records, primarily on the back of Dio's forceful performance. The new charge brought both a wider vocal range than Osbourne, and the fire of someone with a chip on his shoulder after his departure from RAINBOW. That spark drove hard-driving rockers like "Wishing Well" and "Die Young", but his extra range allowed Iommi, Butler and drummer Bill Ward to also dig deeper into their more ominous beginnings. The spooky doom of "Children Of The Sea" and the slow-burn of the title track were arguably the heaviest BLACK SABBATH songs in years, with Dio's flair for more fantastical lyrics accentuating the otherworldly aura of those tracks. The core record at the heart of this reissue is still a perfect 10/10 record and deserves its reputation as a fan favorite.

Unfortunately, the rating for this reissue does get dragged down by the extras contained herein. If you picked up Universal's 2010 Deluxe Edition of "Heaven And Hell", you already have the majority of the extras to be found here. Live B-sides and four tracks from a 1980 live performance at the Hartford Civic Center are duplicated from that issue, and the remainder of the 2021 edition is padded out with four tracks from Rhino Handmade's 2007 "Live at Hammersmith Odeon" issue. The additional Hammersmith Odeon tracks were recorded from a string of performances around New Year's Eve 1981 and would normally be appreciated, but here Rhino made the strange choice to include versions of three songs that are already contained in the Hartford tracks and don't really add much additional insight into the live performances from this iteration of the band. The performances are very good otherwise, but this choice comes off as redundant double-dipping, and is a rare misfire from a label renowned for its care in reissues and box sets.

"Heaven And Hell" remains a masterful chapter in the BLACK SABBATH story, and if none of the extras contained on this reissue are currently in your collection, Rhino's 2021 Deluxe Edition is a recommended purchase. But if you're the diehard BLACK SABBATH fan who has already devoured all previously available material in multiple sittings, it might be best to save your dollars for the companion Deluxe Edition of "The Mob Rules".