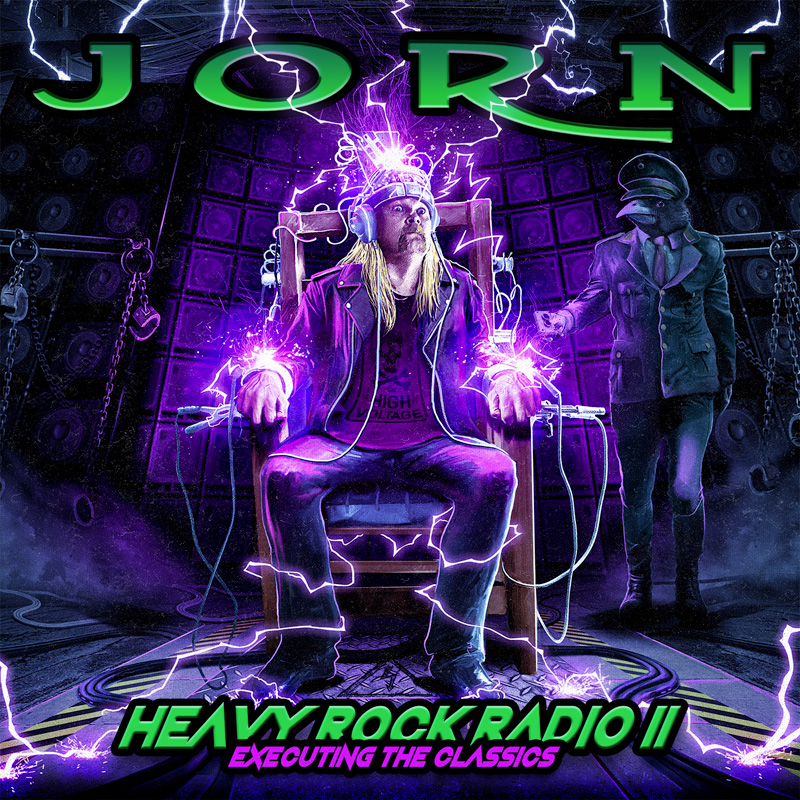 There are numerous reasons why established artists resort to the ignoble art of the covers album: contractual obligations and desperation being the most obvious. Neither of those reasons seem relevant to this second volume of hallowed anthems from the always mighty Jorn Lande, though, and that's because Jorn has such a ridiculously great voice that only the terminally deranged could object to hearing him singing just about anything. Luckily, at least half of "Heavy Rock Radio II – Executing The Classics" rules.

The rest? Well, no one really needs a cover of BRYAN ADAMS's "Lonely Nights" or yet another version of THE NEW SEEKERS' "Needles And Pins" that is manifestly and unavoidably weaker than the RAMONES' take. Herein lies the main downside to Lande's endeavors: like it or not, this is an album he has made for himself and these are the songs he wanted to sing. With a big, punchy production and flawless ensemble performances underpinning everything, it sounds like everyone involved was having a fantastic time and even if the likes of FOREIGNER's "Night Life" and DON HENLEY's "New York Minute" gain nothing from being retooled for the Norwegian's purposes, you'd have to be a miserable swine to take issue with any of it.

Weirdly, the two finest moments here are saved until the end. JORN LANDE has covered DIO extensively in the past, for obvious and well-documented reasons, but his version of the underrated "Mystery", from 1984's "The Last In Line", is magnificent and honors the late, great RONNIE JAMES DIO in the best possible way: by highlighting that he was both a great singer and a formidable tunesmith.

Even better is Lande's interpretation of PETER GABRIEL's "The Rhythm of the Heat": converted here into a full-blown metal song, it's startling and exhilarating enough to make you forget about the album's more prosaic, karaoke-ish moments. And yes, even the album's less interesting moments are saved and made rather gorgeous by that perennially glorious voice. Not one for cynics or underground diehards, then, but solid, expertly executed fun for everyone else.