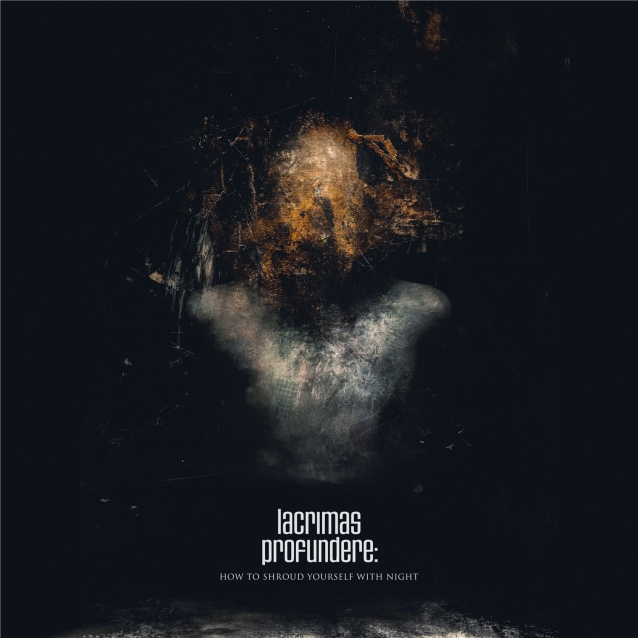 How To Shroud Yourself With Night

Stalwarts of the morbid underground since the early '90s, LACRIMAS PROFUNDERE have undergone a slow but scintillating evolution over the last 30 years. There is a world of difference between the smart, modernist gothic metal on offer here and the primitive grandeur of early records like 1997's "La Naissance Dun Reve", but a convincingly disconsolate undertow has been omnipresent and increasingly effective. LACRIMAS PROFUNDERE reached a peak of potency on 2016's "Hope Is Here", wherein their songwriting finally matched up to their emotional ambition. 2019's "Bleeding the Stars" was a decent enough follow-up, but it is the band's lucky 13th studio record that returns them to those same morose heights.

With rather more doom / death impetus than on recent records, these songs exert more weight than any LACRIMAS PROFUNDERE have penned since their inquisitive early days. "Wall Of Gloom" lives up to its title: huge, churning ripples of melancholy, delivered at a glacial pace and smothered in ghostly melody. "A Cloak Woven Of Stars" provides the flipside to such funereal substance. Like the late, great SENTENCED reborn in gothic splendor, it's a driving, dynamic hard rock song with a heart of darkness. "In A Lengthening Shadow" achieves a similar goal, making no bones about its debt to SISTERS OF MERCY and reveling in the opulent cacophony of it all.

Conversely, "The Curtain Of White Silence" is the full LACRIMAS experience: an anguished vocal from Julian Larre, a clangorous wall of guitars, bursts of whip-quick speed and elegant, post-rock dynamics. Elsewhere, "The Vastness Of Infinity" is a nourishing rush of KATATONIA-like melodic obtuseness, shoegaze haze and burly, heavy metal rumble. The closing "Shroud Of Night" takes a nosedive into the dark, with scorched shards of black metal ferocity dirtying up a big, pompous cloud of gothic doom, with an enormous, tearstained chorus.

With so many years behind them, LACRIMAS PROFUNDERE have no doubts about their identity or the emotions that power their music forward. "How To Shroud Yourself With Night" is another strong album from a band that have never struggled to find musical comfort in the depths of despair. A class act, as ever.