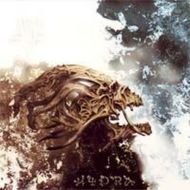 DEVILLE is a guitar band...see album cover for details.

To be clear, that's the cover of 2013's "Hydra" we are referring to - this being the Swedish group's third full-length and first for the biggest and most consistent champions of "Camaro Metal" (?),Small Stone Records, which inevitably tempts one to assume that a wholesale stoner rock experience is in store.

But wait, don't reach for that basement couch, family-size bag of Cheetos and glow-in-the-dark bong just yet, 'cos there's more to DEVILLE than these stereotypes - even if, at the end of the day, it all revolves around guitars, guitars and more guitars.

Still, it's the endless hopscotch from one style to the next within any given song that highlights the band's best material, including the alternately fiery and doom-laden "Burning Towers" and the joyously head-stomping "Blood Crown".

One also gets a vibe, as the album progresses, that the Swedes' clean instrumental separation and punchy production - reminiscent of the work of Nick Raskulinecz - reveals their non-evil desire to learn what helpful hints they can from mainstream hard rockers, like the FOO FIGHTERS and QUEENS OF THE STONE AGE (without succumbing to forced flirtations with the latter's recognizable sonic quirks).

So yeah, there's plenty of brawn, bluster and - you bet! - guitars all over "Hydra"; but lots of texture and flexibility too, offering clever dynamics and evincing broader emotions to elevate DEVILLE above the mediocre Orange Cabinet-abusing masses out there.