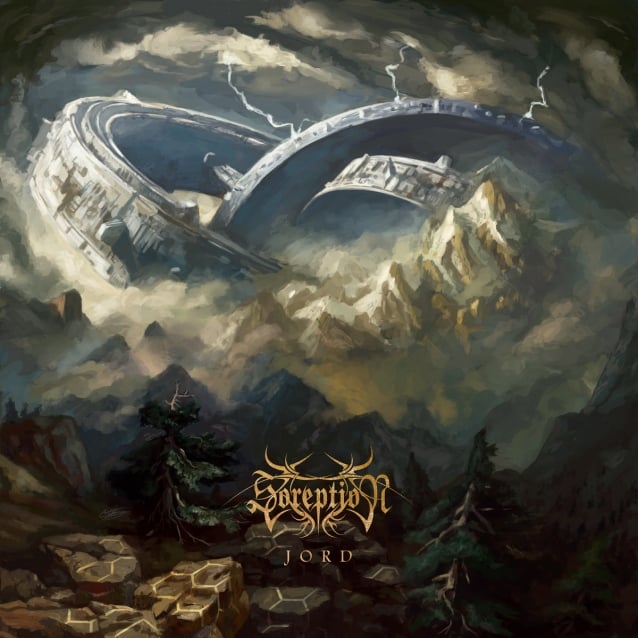 There will always be a fine line between extreme technical virtuosity and soulless showboating, but the death metal scene continues to provide plenty of evidence that insane chops are still a desirable commodity. SOREPTION have a fearsome reputation, and rightly so. Death metal will never suffer from a shortage of technically adept bands. Recent times have seen the ante upped on a routine basis, and this Swedish crew have always been a cut above the vast majority of their peers. By pulling off the audacious trick of being as precise and devastating as it gets and exhibiting more groove and swing than one would normally associate with the tech-death scene, SOREPTION have consistently sounded like the genre's future.

As with all of their previous albums, "Jord" deserves to be heard far and wide, if only as a stupidly exciting missive from death metal's cutting edge. Unless you can cheerfully play along with every note of the last ARCHSPIRE album, don't try any of this at home, folks. When opener "The Artificial North" kicks in, devotees of this band will grin in acknowledgement. This is ruthless, complex extreme metal that prides itself on its millimeter-perfect execution, and yet SOREPTION are also a band with a strong connection to earlier death metal eras, and the early '90s in particular. The songs that emerge from that hybrid ethos are infernally catchy as a result, even if their delivery is likely to cause a nasty concussion.

Even at their most obtuse, the Swedes maintain a link to heavy metal's traditional wing: "Prophet" switches from schizophrenic, machine-gun syncopation to ominous, MORBID ANGEL-style grandiloquence, creating a breathless blend of the brutish and the bizarre. "A Story Never Told" injects some arcane creepiness into a dizzying web of interlocking, staccato riffs, while "The Nether Realm's Machinery" is a serrated-edge blizzard with theatrical flurries of gothic keyboards. The closing "Död Jord" is arguably the most hair-raising and immaculate moment of all. SOREPTION are so at one with mechanistic perfection that they seem to be having fun with it, as the song's innumerable great riffs and rhythmic ingenuity seem to confirm.

Beyond all that, SOREPTION remain unutterably crushing, and so obviously superior to the majority of comparable bands that they could be forgiven for becoming a little complacent. Fortunately, "Jord" is unquestionably the work of a band that would very much like to continue obliterating the competition, thank you very much.