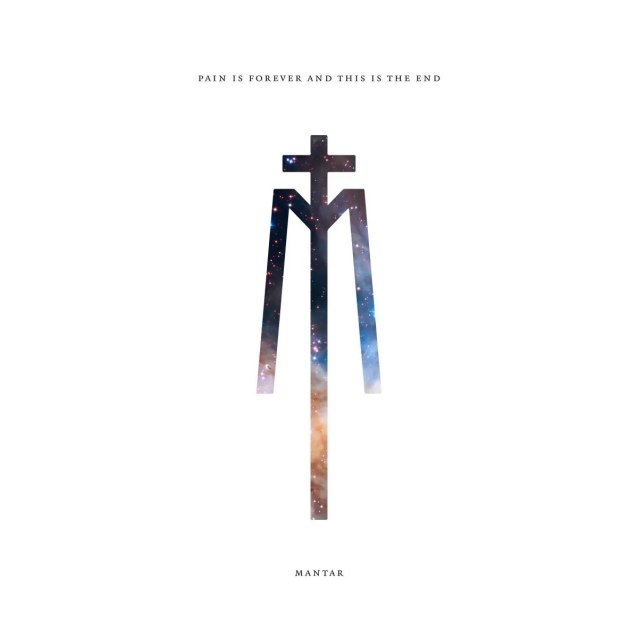 Pain Is Forever And This Is The End

Two-man bands have become so ubiquitous in heavy music over the last decade that it would be easy to forget how much MANTAR always stood out from the four-legged throng. The German duo's recorded works to date have been typified by an unparalleled, gung-ho approach, with a black metal and rock 'n' roll sound stripped down to their primitive basics and the whole thing rebuilt from the ground up: as a streamlined, straight-for-the-jugular monument to hell-for-leather destruction and wild, unrelenting violence. By the time MANTAR released "The Modern Art of Setting Ablaze" in 2018, their mastery of this self-created new noise was obvious, but it wasn't immediately apparent where else they could take it.

A few years of ruminative semi-inaction and one DIY cover set (2020's "Grungetown Hooligans II") later, and Erinç Sakarya (vocals/guitar) and Hanno Klänhardt (drums) are back to smash everything in sight all over again, while also showcasing a newly refreshed sound that, against the odds, is even more direct and punishing than before. Formerly an integral part of the deal, black metal elements have been embedded deeper into these songs' minimalist frameworks, and the stripped-back hard rock core has been thrust to the front. As revealed on earlier single "Hang 'Em High (So The Rats Can Get 'Em)", MANTAR defy logic here by becoming simultaneously more accessible and more terrifying.

The new, improved MANTAR attack is summed up beautifully by opener "Egoisto". There is something irrevocably twisted about every single riff that the Germans' pump out, and the song's structure is undeniably traditional, but the same, warped queasiness that informed the duo's earlier records is still here in abundance. Consequently, "Egoisto" sounds like a hard rock anthem viewed through a cracked mirror: the dynamics and vocal cues are the same, but MANTAR make every second sound like a threat, belched up from some filthy, infernal storm drain. As with many of these songs, the debt to both AC/DC and MOTÖRHEAD is obvious, but the prevailing winds of wrongness ensure that "Pain Is Forever And This Is The End" leaves the kind of weird scars that those big names would have flinched away from.

The only real way to appreciate MANTAR's fifth album is to alternate between balls-out rock euphoria and hyper-fraught, stomach-churning horror. Ideally, do both at the same time. The opening riff to "Grim Reaping" is such an abominable re-working of a classic rock trope that it deserves a glowing review of its own, and the song that follows is a joyously black-hearted romp. Likewise, the song titles are worth the price of admission alone: "Orbital Pus", "Piss Ritual", "Walking Corpse", all evidence of deranged minds at work, and all tethered to ferocious black-rock squalls, dense with subversive intent. Immediate stand-outs include the grim and gothic "Of Frost and Decay", and the slow-motion, tripped-out, negativity deluge of "Odysseus", but really this is a single body of mad-eyed and bruising work. MANTAR have undergone a subtle transformation, and now they are more lethal than ever.