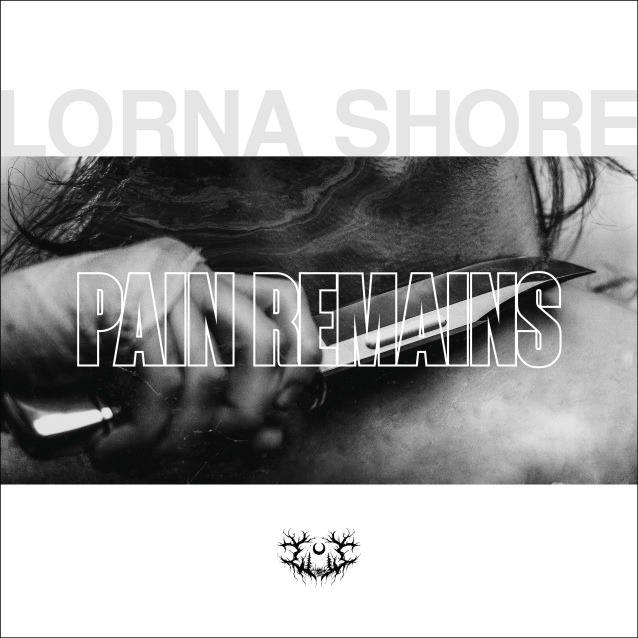 The deathcore scene has produced plenty of great bands and strong records over the last 20 years, but with the possible exception of (pre-self-titled-record) SUICIDE SILENCE, a bona fide threat to the metal mainstream has been hard to come by. Somehow, deathcore has always seemed too obnoxious, brutal and myopic to lend itself to a more accessible interpretation of the same ingredients. That is not to say that "Pain Remains" is in any way commercial, at least not in the traditional sense of the word.

What has happened here is that LORNA SHORE have undergone a glorious transformation, and they are dragging deathcore into the future with more ambition, imagination and (arguably) a higher level of musicianship than any and all of their peers. As many people will already know from the steady stream of preview tracks the band have unleashed over the last year, this record is simply bigger, bolder and more epic than anything deathcore has previously spawned. In fact, it's so vast and commanding that it seems sensible to completely disregard everything LORNA SHORE have previously released. The band's previous records marked them out as heavyweights in an overpopulated scene, but "Pain Remains" is such a great leap forward that it crackles and sparks with the electrifying charisma of a promise-filled debut.

The sheer scale of "Pain Remains", compared to everything that has gone before, becomes swiftly apparent. "Welcome Back, O Sleeping Dreamer" pitches the listener straight into the opulent, symphonic world that LORNA SHORE have steadily come to regard as home. When the first riff kicks in, the impact is far removed from deathcore's usual artless bludgeon. Instead, this is widescreen brutality, laced with the obsidian dissonance of big-budget black metal and executed with insane levels of precision and technique. A lot has been made of drummer Austin Archey's self-evident chops, and his performance throughout "Pain Remains" explains the hype. Likewise, guitarist Adam De Micco's extraordinary arsenal of wild solos and cudgeling beatdown riffs has blossomed tenfold within all this extravagance and bombast. The decaying cherry on the cake is, of course, Will Ramos: a vocalist with inhuman gifts and such a versatile delivery that, at times, it is like being assailed by multiple demons at once. Lavish orchestral embellishments contribute hugely to the overall sound, reinforcing the unapologetic hugeness of the whole thing, and providing some queasy, ambient interludes between bursts of all-out war. As LORNA SHORE tear through the previously released "Into The Earth", "SunEater" and "Cursed To Die", the strength and distinction of their new, improved formula is hard to deny. Assuming you have no personal vendetta against the entire deathcore genre, "Pain Remains" is so monstrous, it verges on laugh-out-loud funny.

When the closing, three-part title track starts to unfold, LORNA SHORE's more-is-more ethos is brought into focus. By far the most absorbing, intricate and melodically potent music the New Jersey crew have written to date, it amounts to a miraculous, 20-minute symphonic deathcore symphony, replete with heartrending hooks, merciless blastbeats and enough emotional heft to reduce the burliest of fans to tears.