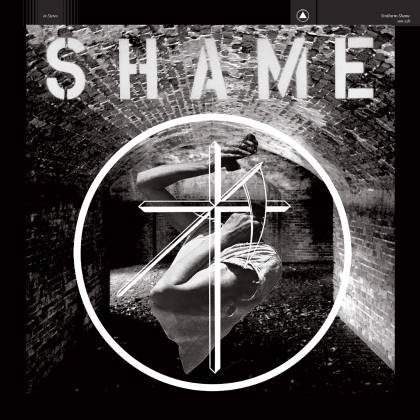 The first two UNIFORM records were more than exhilarating enough, particularly if, like the band themselves, you felt that humanity was rotting from the inside out, and that a sudden and robust apocalypse might be just the thing to sort it all out. In particular, 2017's "Wake in Fright" painted a ferociously bleak vision of society eating itself, over scabrous industrial noise rock that crackled with hostility and near-hysterical rage. When UNIFORM mutated into a heavier, more guitar-orientated beast on 2018's "The Long Walk", it could have gone horribly wrong and shorn the band of their unique appeal. Instead, it simply made them more terrifying and undeniable, as oozing synth drones and scabby-knuckled riffs became indistinguishable and vocalist Michael Berdan's incensed proclamations grew in urgency and conviction.

That was all before this shitshow of a year, of course. And if ever there was a perfect time for another UNIFORM record, this is it. "Shame" delivers the goods, too. This is grotesque, artful punk rock in all but name; a brief but unforgettable rush of heightened adrenalin and willful destruction, with songs that match their anguished polemic with a tangible sense of proudly existing far outside any norm, musical or otherwise. The world is fucked, and UNIFORM know it, offering consolation or reprieve only via the revitalizing power of flat-out noise and untamed fury. Whether it's an act of genuine catharsis for them, or indeed us, remains to be seen. There are certainly moments here that are so pitilessly grim, it's hard not to crack a smile. In particular, "This Won't End Well" is pure misery set to some of the heaviest, maxed-out sludge you will ever hear. In its own way, it's an absolute joy.

These songs bite, kick and strangle with a venom that is all too rare in extreme metal: shorn of all rock 'n' roll cliché and grittily austere on a sonic level, everything from slow-build opener "Delco" to the cock-eyed HELMET-isms of the 114-second "Dispatches From The Gutter" sounds designed to inflict permanent scars.

Fittingly, closer "I Am The Cancer" is UNIFORM's crowning moment to date: seven minutes of furious black metal scree, wildly overdriven, dubbed-out doom and ghoulish, spiteful electronics. It's one of the most profoundly psychedelic and emotionally grueling pieces of music you'll hear this decade. Okay, so we're all irrevocably fucked. "Shame" pours vitriol on the dying light of hope and nails God's head to the nearest tree. Let's face it, it needed doing.