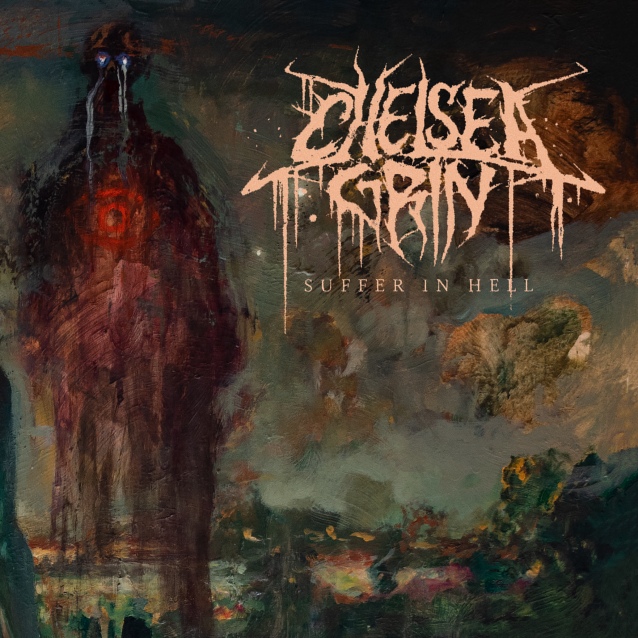 Not every great band is destined for greatness. In fact, metal's strength-in-depth relies entirely upon the thousands of bands that stand absolutely no chance of rising to the top of the pile. In the grand deathcore scheme of things, CHELSEA GRIN have always been a prominent name. The Salt Lake City crew have been a permanent fixture for 15 years, and from their 2010 "Desolation Of Eden" debut onwards, their sound has steadily evolved, while losing none of its foundational brutality.

Most recently, 2018's "Eternal Nightmare" sounded like the work of a band with plenty of hunger in their hearts. Four years on, "Suffer In Hell" is equally ferocious and noticeably bigger and bolder, at least in sonic terms, than all previous efforts. The problem is that while CHELSEA GRIN have avoided repeating themselves and delivered another creative dose of beatdown aggro, their sixth album is unlikely to garner the kind of hysterical plaudits that other deathcore heavyweights — FIT FOR AN AUTOPSY and LORNA SHORE in particular — have received in recent times.

Not that "Suffer In Hell" isn't a hugely enjoyable riot of brutality. "Origin Of Sin" is a great opener with some breathtaking changes of pace and some brilliantly warped guitar work throughout. "Foreverbloom" is a wickedly succinct chunk of blackened spite, and a real atmospheric departure. Fading in amid a treacly haze, "Floodlungs" is a grotesque, rumbling detour with a brilliantly glitchy, psychedelic midsection. "Mourning Hymn" is a dense web of wiry guitar lines, shlock horror ambience and pitch-black melody. All of it is delivered with psychotic commitment, and there is never any doubt that CHELSEA GRIN mean every last riff. Speaking of riffs, the closing title track is pure filth.

Ostensibly one half of a two-part extravaganza, "Suffer in Hell, Suffer in Heaven" is more than strong enough to ensure that CHELSEA GRIN remain somewhere in the general vicinity of deathcore's upper echelons. At times this is a moderately inventive affair, but at others it simply ticks the generic modern metal box with a bit more power and conviction than most. There are, undoubtedly, more exciting, forward-thinking bands operating on the same musical plane. But CHELSEA GRIN do what they do with utmost self-belief and a side order of murderous intent. Hard to argue with that, really.