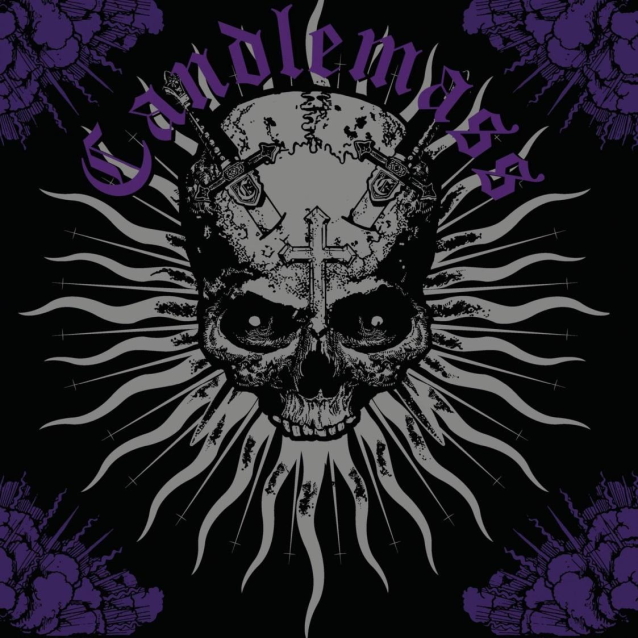 CANDLEMASS has been churning out its magnificent epic doom metal for 40 years, and unlike many old-timers content to milk the festival circuit exclusively based upon classic material, the Swedish act, on a creative level, remains relevant and vital. The unit wasn't overly prolific in the last decade, as 2019's "The Door to Doom" was its first studio long player since 2012's "Psalms for the Dead", the band's longest gap between studio albums. It was also the quintet's first album with vocalist Johan Längqvist since 1986's legendary "Epicus Doomicus Metallicus". The vocalist has carried onward with CANDLEMASS, rounded out by founder Leif Edling (bass),  Lars Johansson (lead guitar),  Mappe Björkman (rhythm guitar) and Janne Lindh (drums). "Sweet Evil Sun" is the band's (lucky) 13th album, a 10-track effort that will surely satisfy longtime fans because it is simply a high-quality expression of dramatic, epic doom metal.

Following Johan's departure in the eighties, the band enjoyed continued success with Messiah Marcolin, but following that equally impressive frontman's exit, the band didn't seem to maintain the same level of excitement. (It must be noted, however, that its work with SOLITUDE AETURNUS singer Robert Lowe was exceptional.) Johan's return has reinvigorated the classic, GRAMMY-nominated band, and "Sweet Evil Sun" is an even more meaningful piece of art than its predecessor. The album is an exercise in epic doom metal that's reliable and true to the genre and band's roots without seeming too comfortable.

Slight deviations in sound make all the difference. The inclusion of guest vocals from AVATARIUM's Jennie-Ann Smith, for instance, create a riveting chorus duet on the curiously haunting song "When Death Sighs". The track strongly transitions toward creepy doom riffs and insane storytelling reminiscent of KING DIAMOND. The synth and organ work is beautifully and subtly employed in a manner that augments the massive riffs that are the band's foundation.

The album's bold opening sounds like the start of an ominous horror movie, swelling static noise and cold wind blow toward majestic riffs that pound their way into listeners' memories on the steady march of "Wizards of the Vortex". Janne Lind is never too flashy behind the kit, but he truly impresses with his occasionally nuanced beats and jazzy fills, as he does on this track. Later on, "Black Butterfly" boasts one of the most menacing riffs that's ever graced a CANDLEMASS album.

And finally — well, prior to the outro "A Cup Of Coffin" — "Goddess" hammers the nails in with its tectonic plate shattering riff and funerary organ work which lead to a SABBATH-like wind down that would make Tony Iommi proud. Considering how exciting and vital "Sweet Evil Sun" sounds, doom fans should rejoice that CANDLEMASS continues to release strong and relevant material. It isn't "Epicus Doomicus Metallicus", but "Sweet Evil Sun" is everything that doom and CANDLEMASS fans need right now.