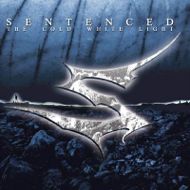 Listening to the latest effort from Finnish “suicide kings” SENTENCED, it's hard to imagine that this is the same band that nine years ago released one of the more memorable slices of melodic technical death metal in the shape of their North From Here CD. Having since switched direction in favor of a sound that has frequently been compared to that of the “black album”-era METALLICA, SENTENCED have in the process developed a far more commercial sound, which has drawn criticism from some, but which has resulted in a much higher profile for the group in their native land and the rest of Europe.

Seemingly content with their place in the music world, SENTENCED have essentially been churning out the same type of material for much of the time that vocalist Ville Laihiala has been fronting the group, focusing almost exclusively on mid-paced to up-tempo numbers that leave plenty of room for Laihiala to shine without the instrumental efforts of the rest of the band getting in the way.

As in the past, such a simplified approach occasionally results in tracks that, on first listen, are virtually indistinguishable from one another, featuring similar-sounding vocal melodies that require repeated exposure to fully get into. Eventually, however, the hooks find their way into your head and hold on for dear life, making it difficult to walk away without at least appreciating the tuneful quality of songs like opener "Cross My Heart And Hope to Die" and the most immediate song on the offer, "Blood And Tears".

Production-wise (courtesy of Hiili Hiilesmaa),SENTENCED have never fared better, and the musicianship is absolutely top-notch throughout the proceedings, making for a fairly effortless listening experience for anyone but the most ardent of extreme metal fans.

A decidedly traditional-sounding metal act, SENTENCED are certain to continue getting resistance from the American rock mainstream with respect to the band's chances of connecting with a much wider audience than they have thus far managed to reach. Despite this, those of us who appreciate a dose of heavy, no-frills metal delivered with just enough melody and old-school flavor will find it difficult to do much better than The Cold White Light.