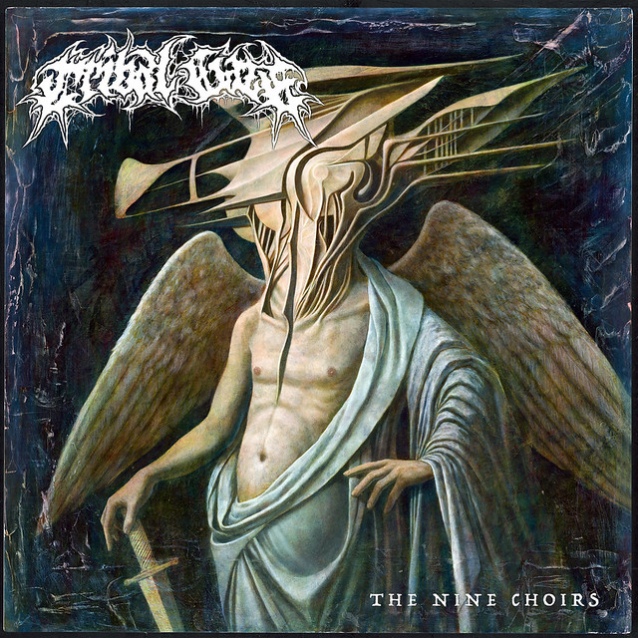 01. Cold Devotion
02. And How They Wept For Eternity
03. With This Creature I Return
04. To Gather In Its Presence
05. As A Thousand Voices Sing
06. Jealous Messiah
07. Shapeless Sovereign
08. Jungle Rituals
09. Worthless Offering

This ongoing wave of new and seriously fucking great death metal bands is showing no signs of slowing. In particular, it seems increasingly probable that someone in Texas has a secret factory where bands as self-evidently monstrous as TRIBAL GAZE are being churned out by the score. Already the proud owners of an effusive endorsement from Max Cavalera, which is generally a guarantee that the band in question are going to be deeply gnarly, they have both the sound and the intensity of execution to swiftly rise up the deathly ranks.

The opening "Cold Devotion" comes across as some kind of targeted manifesto. With huge, lumbering riffs that owe plenty to BOLT THROWER, this is avowedly old-school stuff, but there is a grittiness to TRIBAL GAZE's collective delivery that feels much more contemporary. "And How They Wept For Eternity" repeats the trick, via multiple tempos and a startling succession of great riffs, with both the syrupy slurry of death / doom and the berserk blasting of left-field grind rearing their scabby heads. In fact, whether by luck, design or both, this band have successfully muddied the waters between the grotesque churn of US death metal, the sharp hooks and punk spirit of the Stockholm set and the otherworldly barbarism of the Australian underground.

"With This Creature I Return" has the forceful, unfussy gait of prime BENEDICTION, but with riffs that swirl and confound in the grand tradition of bands like CEMETERY URN and ABOMINATOR. Elsewhere, "Jealous Messiah" blends atonal blasting and feral bellowing with some of the most nauseous, zoned-out riffs in recent death metal memory; and the closing "Worthless Offering" brings things to an abrupt, sledgehammer finale with oceans of blasphemous chugging and the gleefully wielded, oppressive power of an evil groove.

A solid step up from their excellent "Godless Voyage" EP from last year, "The Nine Choirs" is going to make Max Cavalera smash up his bedroom. Another utterly ripping reason to be very happy about the state of death metal in 2022.