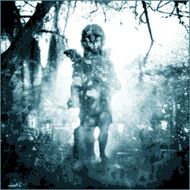 Through The Ashes Of Empires

MACHINE HEAD's fifth studio album, "Through The Ashes Of Empires", is the band's most brutally heavy effort since the one-two punch of their 1994 debut, "Burn My Eyes", and its '97 follow-up, "The More Things Change…". Parts of this album rank right up there as classic MACHINE HEAD moments in terms of sheer aggressiveness, yet the band hasn't just made a carbon copy of their earlier achievements. Instead, the disc finds the Bay Area quartet recapturing their initial fury while injecting elements of the melodiousness and songcraft they've explored on their last two studio efforts, 1999's "The Burning Red" and 2001's "Supercharger".

That much-maligned latter album, derided intensely by some fans and critics, may not have been MACHINE HEAD's finest moment, but it was also far from the disaster its detractors claimed it to be. It found the band in an experimental mode, trying different approaches to their powerful, groove-anchored style, and while not every experiment on the record succeeded, it had its share of great tunes. It also found bandleader Robert Flynn taking a more open, personal direction in both his music and lyrics.

On "Through The Ashes…"Flynn has retained that personal, intimate style, yet fused it successfully with the epic heaviness of early MH. The album's first track, "Imperium", begins deceptively quietly, commencing things on a somber note that seems to permeate the record even as things quickly become louder and heavier. It isn't long before "Imperium" launches into a monster barrage of riffs that never seems to stop throughout the album's ten cuts. "Bite The Bullet" and "Left Unfinished" have a raw, thrashy feel that's accentuated by Flynn's bloodcurdling, rage-filled vocals.

"Elegy" is a slower, doomier cut that marries a mournful, melodic vocal line to simple, yet crushing riffs, while "In The Presence Of My Enemies" is a virtual symphony of precision guitars and tempo changes. The latter half of the album may suffer a bit in comparison to the first half — once the initial shock of the record's aggression wears off — but it ends with one of the disc's best songs, a haunting metallic ballad called "Descend The Shades Of Night" that is moving in its lyrical resignation toward the arrival of death.

Death and anger are two running themes throughout the album, as Flynn deals lyrically with both global catastrophe ("Elegy") and his own personal demons. Just when you thought this man could not get deeper into his soul, with songs like "Five" from "The Burning Red", he candidly delves into his personal history again with "Left Unfinished", a song that almost makes the listener uncomfortable with its candor and pain.

Clearly, the reshuffling of the band's lineup — replacing guitarist Ahrue Luster with Flynn's former VIO-LENCE cohort Phil Demmel — as well as a more collaborative approach to the songwriting, has given MACHINE HEAD a breath of fresh air as a band. And although "Through The Ashes…" still does not have an American distributor as this is being written, that has seemingly worked in the group's favor as well. By not facing the pressure to tailor any of their music toward U.S. radio — whether they would do so or not — the band has been set free creatively to rediscover what MACHINE HEAD is all about. The result is an album that raises MACHINE HEAD from the ashes of uncertainty and has set them ablaze again as one of metal's best and most challenging bands.