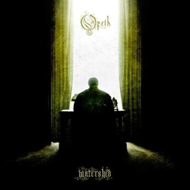 When a band makes an ascent up that arduous ladder of success and morphs from an underground phenomenon into a household name splattered across T-shirts worn everywhere from concert venues to middle schools, there will undoubtedly be cries of "fuckin' sell-out" heard from fans who caught on at the beginning. Those accusations are likely to be twice as loud when called from the mouths of metal fans and the band becomes a part of a label that releases albums from the likes of NICKELBACK. However, when that band is OPETH, there is no need for the wagging of fingers or the cries of disgruntled loyalists because the success said Swedes have enjoyed since "Ghost Reveries" is on par with the talent and creativity put into their craft. Proving that they are far from reaching the peak that some thought they hit with "Blackwater Park", "Watershed" shows that OPETH is only at the tip of their evolutionary iceberg. Keeping in mind that opinions are like assholes (everyone has one and they all reek of shit),and my previous statement is likely to spark a firestorm of arguments over which album is better and why each conflicting point of view is the right one, but it all boils down to how you look at it. Seen through objective eyes — or listened to through objective ears in this case — it's hard to deny that "Watershed" is a true masterpiece in terms of songwriting, diversity, emotion and musicianship. Plus, the fact that the album takes chances like they were hits of acid at a hippie commune, and pulls them off with relative ease, only adds to its credibility.

The serene acoustic opener "Coil", featuring a stellar duet with Mikael Åkerfeldt and Swedish songstress Nathalie Lorichs gives immediate notice that "Watershed" will be a deep and emotional listen. Just as your psyche sinks into a lull, the beast-like chords of "Heir Apparent" smash their way through, briefly retreating for intermittent piano and acoustic interludes that break apart this otherwise jarring hybrid of melodic doom, death and prog. "The Lotus Eater" sees the frontman alternating between his deathly growl and melodious croon with great frequency, as well displaying a more prominent use of keyboards. Those keys make a huge impact during this game of stylistic switcheroo, as the band runs rampant through their proggy death norm, jazz-fusion space jams, tempered ambience and a surprising section of off-kilter funk. Leave it to OPETH to step this far out on a limb and still not fall out of the tree. If this band were ever to have an "arena" song, "Burden" would be it. Mellow, yet powerful verses give way to larger-than-life choruses and gratuitous solos from the keyboards (talk about jammin'!) and both guitars, which trade off bluesy licks before harmonizing their way home. The song carries a rather unexpected and entertaining ending; I won't ruin it for you. Whether it came by way of mad genius or accidental innovation, "Porcelain Heart" is centered around the reverse variation of theme heard earlier in the album; not your typical reprise by any means. The eleven-minute "Hessian Peel" roams from the Mississippi delta to Medieval England during the first several moments before entering the mind of Roger Waters near the half-way point. Just when you think Åkerfeldt has progged this one into the throes of boredom, his thickly-distorted guitar reaches out and smacks you in the face. Though epic in length, the linear structure of this tune allows the time to pass unnoticed. In fact, the line that separates this song and closer "Hex Omega" is cloudy at best, as the two flow into one another perfectly.

The more I listen to "Watershed", the more amazed I become by it. No, it's not the heaviest hitting, nor the most technically dazzling collection of songs ever put to tape, but it is one that offers great substance in all other areas. The way in which OPETH seamlessly incorporates the likes of folk, funk, blues, '70s rock, goth and a laundry list of other sonic oddities into their trademark progressive death style shows a band that has given itself no other option but to evolve. I realize that things such as Moog synths and flashy guitar solos inspired by the likes Jimmy Page and Brian May aren't exactly waves of the future, but when set alongside the crush of heavy-handed death metal a unique effect is felt.

As cool as it is to take pieces from every era of musical history and bring them together into one gigantic, metallic, magnum opus, it's actually rare that a band can do so and still keep in mind the importance of good songwriting. No, we can't accuse Åkerfeldt and Co. of penning pop-oriented tunes that latch onto the heads and hearts of a nation, but by simply being themselves, OPETH has done just that. And that's what makes them so brilliant.