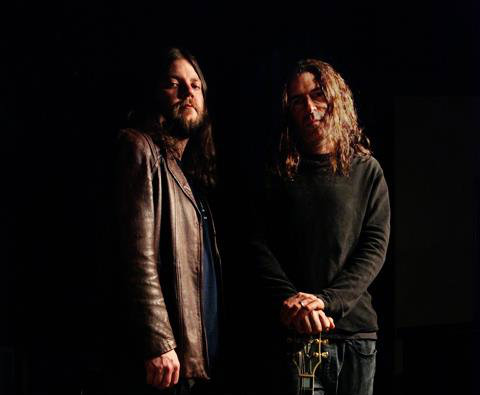 Former OZZY OSBOURNE and DAVID LEE ROTH guitarist Joe Holmes recently launched a YouTube channel for FARMIKOS, his new band with vocalist Robert "Robbie" Locke (ex-LAIDLAW). A new video, which can be viewed below, shows Joe and Locke cutting guitar tracks for the song "Spoon And Sun" at the Mouse House in Pasadena, California in April 2013. Also available is the previously released clip for the track "Exit Stencils".

Two other FARMIKOS songs, "Scapegoat" and "The Sound Of My Gun", are currently streaming on the band's official web site at Farmikos.com.

Holmes, 50, took lessons from legendary guitarist Randy Rhoads (OZZY OSBOURNE, QUIET RIOT) in 1979 before forming the Los Angeles-based band TERRIFF in 1983. Holmes briefly left TERRIFF in 1987 to join LIZZY BORDEN and stayed with the latter group for a year before reforming TERRIFF.