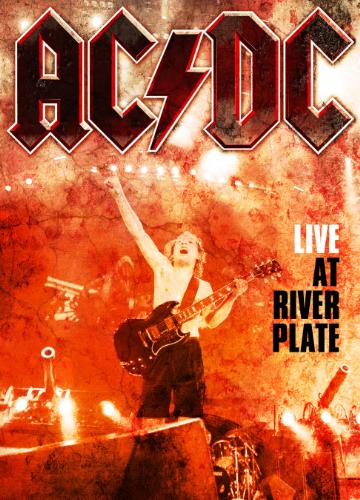 All five members of AC/DC will attend the exclusive world premiere of AC/DC "Live At River Plate" Friday, May 6 at London, England's legendary HMV Hammersmith Apollo. Shot entirely in HD with 32 cameras, the thunderous excitement and intensity of AC/DC "Live At River Plate" will be experienced by fans on the U.K.'s largest movie screen (roughly the equivalent of four double decker buses stacked).

AC/DC "Live At River Plate", a definitive live concert DVD documenting AC/DC's massive "Black Ice" world tour, will be available for purchase on Tuesday, May 10. Shot in December 2009, "Live At River Plate" marks AC/DC's triumphant return to Buenos Aires where nearly 200,000 fans, over three sold-out shows, welcomed the band back after a 13-year absence from Argentina. This stunning live footage of AC/DC underscores what Argentina's Pagina 12 newspaper reported by saying "no one is on the same level when it comes to pure and clear rock 'n' roll." Directed by David Mallet and produced by Rocky Oldham, "Live At River Plate" features 19 songs (110 minutes) as well as behind-the-scenes footage of this massive production coming together among the excitement of anxious fans (see below for full track listing).

Check out a snippet of the song "Let There Be Rock" below.