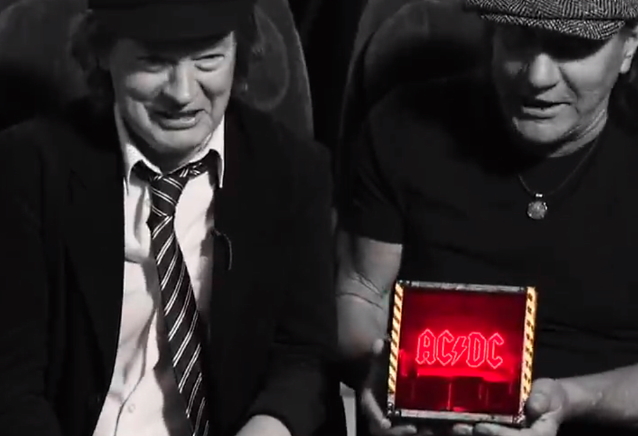 AC/DC will release its long-awaited comeback album, "Power Up", on November 13. The follow-up to 2014's "Rock Or Bust" features AC/DC's reunited lineup of Brian Johnson (vocals),Phil Rudd (drums),Cliff Williams (bass),Angus Young (guitar) and Stevie Young (guitar). Johnson and Williams both left in 2016 for health reasons; and Rudd was sidelined in 2015 with various legal issues.

The first look at the deluxe "Power Up" lightbox, courtesy of Angus and Brian, is available below.

ANGUS AND BRIAN POWER UP THE DELUXE LIGHTBOX https://t.co/S6rFge7cA9pic.twitter.com/bgzqmuNYHy