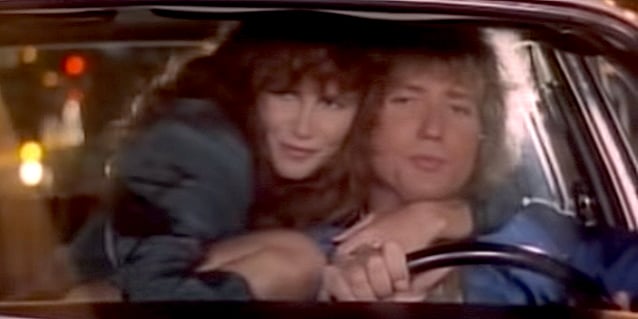 Actress Tawny Kitaen, who is best known in the rock world for her appearance in WHITESNAKE's video for "Here I Go Again", discussed her collaboration with the band in a new interview with the "Ouch, You're On My Hair" podcast.

Speaking about how she ended up being featured in the WHITESNAKE videos, Tawny told "Ouch, You're On My Hair": "Ironically, I started dating David. He was two million dollars in debt to David Geffen at that time. I was working and had more money than David at that time, so I kind of supported us a little. And when I heard the album and I was allowed to go in and help mix the album… You know how when you sing different tracks, they give you a piece of paper and you pick the word from the best track. So I was able to do that. And John Kalodner, who was the biggest A&R guy in the business, who works for David Geffen, in my 'E! True Hollywood Story' called me Yoko Ono — because I picked the album covers, I picked the single, I picked the photographer. I made the rule that no girls were allowed backstage, so the groupies must have hated me.

One of the Jaguars from the "Here I Go Again" video was dusted off for WHITESNAKE's clip for "Shut Up & Kiss Me", from last year's "Flesh & Blood" album.