California rock band ADEMA will reportedly hit the road this fall as the support act for POWERMAN 5000 on "The Days Of Disorder" tour. Also appearing on the bill is (HED)P.E.

Based on various teasers posted on ADEMA's social media, it appears that the band's current lineup no longer includes original vocalist Mark Chavez, who returned to ADEMA in 2017 after previously exiting the group twice. Chavez's name also no longer appears in the "About" section on ADEMA's Facebook and there is no mention of Mark in ADEMA's latest Facebook post, which only refers to vocalist/guitarist Tim Fluckey, guitarist Mike Ransom, bassist Dave DeRoo and drummer Kris Kohls.

On Friday (June 14),ADEMA took to Facebook to post the following message: "Hello ADEMA family, friends, and fans!! We can see you noticed some exciting new stuff we started posting late last night (at midnight!!?? Do you guys sleep????). Here's what we can tell you now: YES, we are hitting North America this summer on a major package tour with some other GREAT bands — all good friends of ours and bands we know you love! We can see the excitement and speculation in the comments regarding the new photo we posted — and yes, we have some really exciting news to announce very soon — and trust us you will be stoked and super surprised in a GREAT way! We suspect that this news is going to break the internet. Yes, we have plans to release some new music — more on that later. YES, we will have VIP hangouts available for sale very soon — and YES we will be playing all the songs you LOVE every night.. you will be hearing from us again soon! We love you! David DeRoo, Mike Ransom, Kris Kohls, and Tim Fluckey"

Hello ADEMA family, friends, and fans!! We can see you noticed some exciting new stuff we started posting late last... 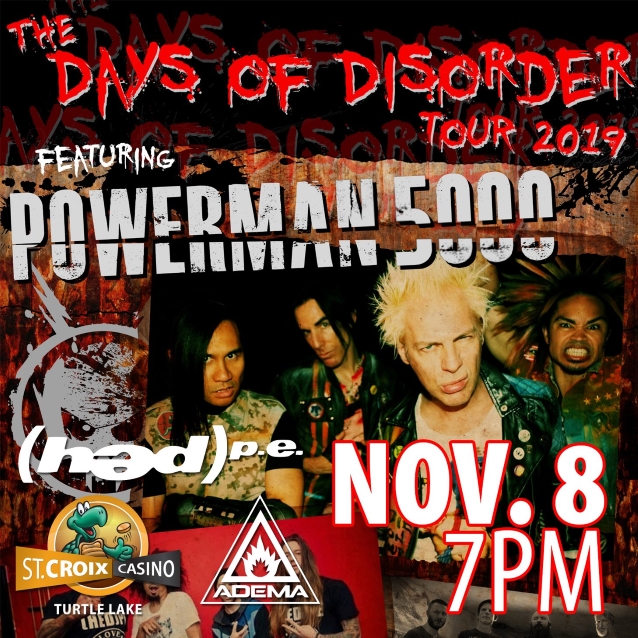