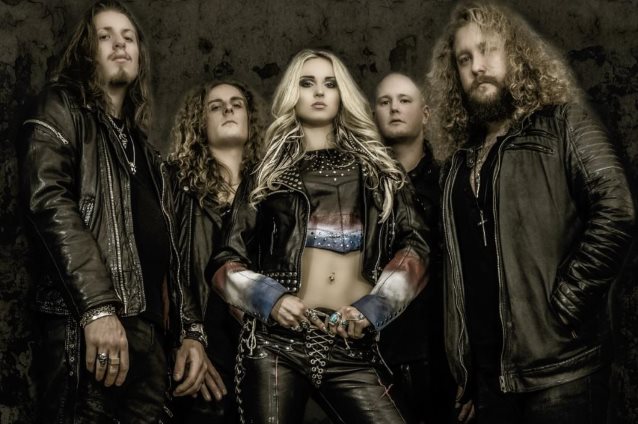 "Breaking The Chains", a new song from Swedish female-fronted rockers ADRENALINE RUSH, can be streamed below. The track is taken from the band's second album, "Soul Survivor", which will be released on April 21 via Frontiers Music Srl.

Following the successful release of the band's 2014 self-titled debut, ADRENALINE RUSH is now ready to unleash its next infectious slice of hard, sleaze, melodic rock on the rock 'n roll masses!

This time, blond bombshell vocalist Tåve Wanning mainly collaborated with Fredrik Folkare (FIRESPAWN, UNLEASHED),who brought fresh influences to the table that fit very well with Tåve's ideas. The music has evolved and grown beyond what appeared on the debut. It is still melodic and definitely has an '80s flavor, but also is a bit more complex, darker, and heavier than the previous album. The production is edgier and the guitar work once again pristine. Erik Martensson (ECLIPSE) was once again involved as a sounding board, co-writing a song and mastering the finished tracks.

"I didn't want to make another album just like the first one," Tåve says. "I've grown since we recorded the first, I am in a different place. And I feel the album reflects that. The new tracks really complement the old instead of replacing them; they add a new dimension and gives us a broader spectrum of songs to choose from when playing live."

The band has also seen some changes. Ludvig and Soufian left the band to focus on other endeavors and have been replaced by Sam Soderlindh (lead guitar) and Joel Fox (bass). Sam is a new face to most, a young guitarist with fast fingers and a lot of potential. Joel, on the other hand, has been around for a while in bands like DYNAZTY and SINIESTRO. Alexander Hagman and Marcus Johansson complete the band's lineup on guitar and drums, respectively.

ADRENALINE RUSH is set to perform a few club gigs in Sweden before appearing at the fourth annual Frontiers Rock Festival in Milan, Italy on April 30. 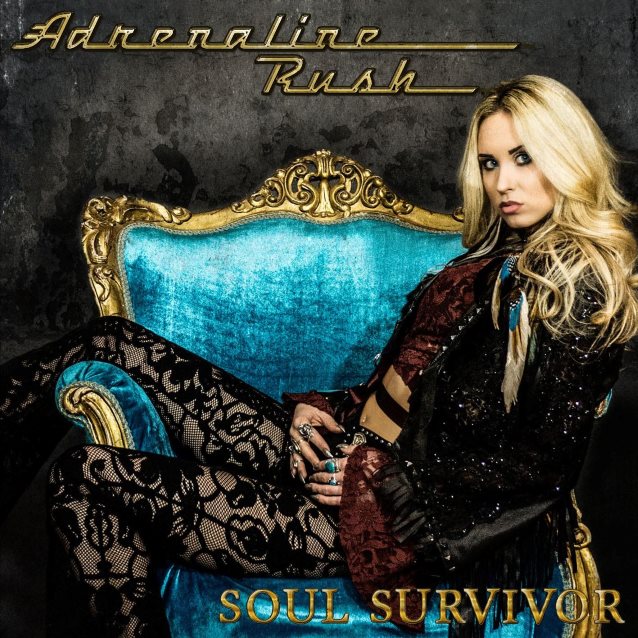