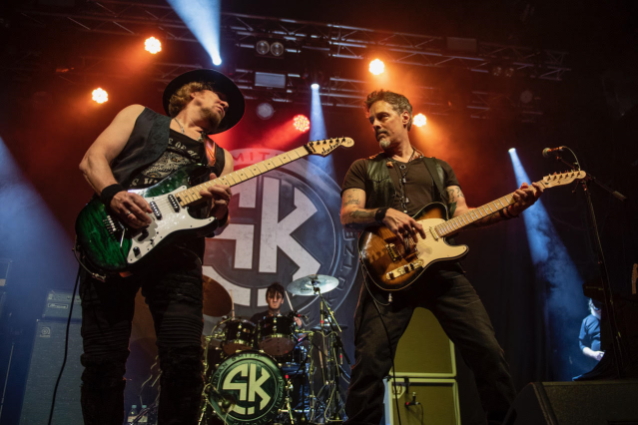 Adrian Smith and Richie Kotzen's project SMITH/KOTZEN will release "Better Days …And Nights" on September 16 via BMG. The effort comprises five previously unreleased live tracks, plus for the first time ever on CD, the four studio tracks featured on their sold-out, limited-edition 12-inch vinyl EP, "Better Days", released in conjunction with Record Store Day in November 2021.

The live video for second singe "Got A Hold On Me" was directed by Ryan Titley and can be seen below.

The full track listing for "Better Days ...And Nights" is:

The live songs were recorded during SMITH/KOTZEN's inaugural whistle-stop tour of the U.S. and U.K. at the start of 2022, which attracted unanimously rave reviews from fans and media alike, celebrating the duo's debut on stage together with stellar back-up from Richie's wife, internationally acclaimed bass player Julia Lage, and drummer Bruno Valverde of ANGRA.

Smith comments: "I think everyone in the band was extremely happy with how our very first tour turned out. We were all naturally a little anxious as we'd never played live together before but once we got out there, everything fell into place really easily and we all had a tremendous amount of fun. I can't wait until we can do it again and get to play in many more places next time round."

Kotzen adds: "We spent a lot of time discussing which of the songs from the live show to include on this CD. We wanted to capture an accurate snapshot of the special vibe we all felt on the tour and I think we've achieved this in the songs we've selected, and hope our fans will agree. We're looking forward to seeing everybody again on future tours."

"Better Days….And Nights" will be released globally on CD and digital formats.

In a recent interview with Metal Edge magazine's "Another FN Podcast With Izzy Presley", Richie stated about how the short tour came together: "What happened was it was all just by timing. Nathalie [Dufresne-Smith, Adrian's wife] and Adrian came into town, and Adrian said, 'Hey, we're gonna be there for a couple of months. You wanna write some more songs?' And we did get together and we did about seven things that are in the works; we have some demo stuff that are in the works. And then we started thinking, 'Man, we're here. Why don't we play?' Julia was in the house and we were talking about it. And it just kind of — boom. It just made sense. 'Let's go. Call Bruno.' And we put it together. It was real easy."

SMITH/KOTZEN's eponymous debut album was released globally through BMG in March 2021 to media and fan acclaim, charting No. 10 on Billboard's Top Album Sales chart in the U.S., Top 20 in the U.K. as well as in other major markets such as Germany, Japan and Canada. 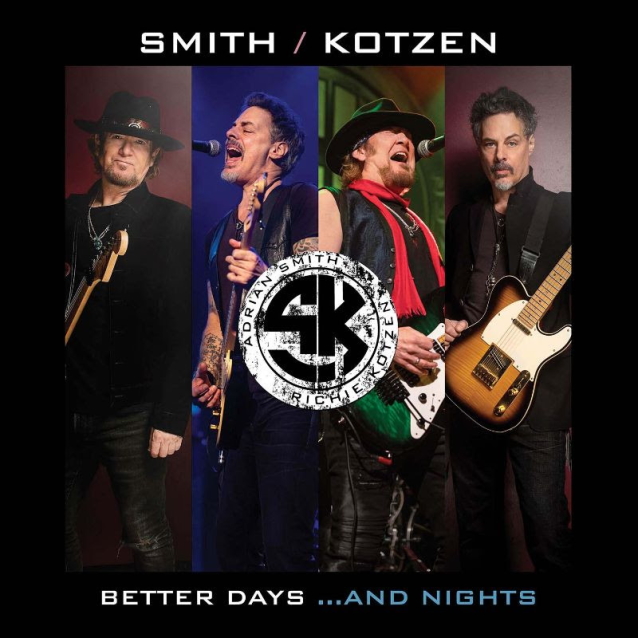