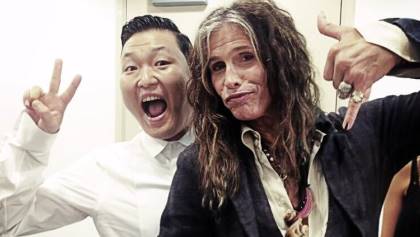 Said Psy: "When I was in middle school, I literally cried when AEROSMITH were singing 'Crazy' or 'Amazing' or whatever. They were my lifetime role models, and now I am collaborating with Steven Tyler. What the fuck, man? [laughs] I love my life."

Psy was featured on the cover of L'Uomo Vogue, the first Korean artist ever to appear on the cover.

The video for Psy's single "Gangnam Style" was the first clip in the history of YouTube to reach the unbelievable record of 1.7 billion views.

The 35-year-old pop star moved to Los Angeles a few months ago, where he been working on new material. 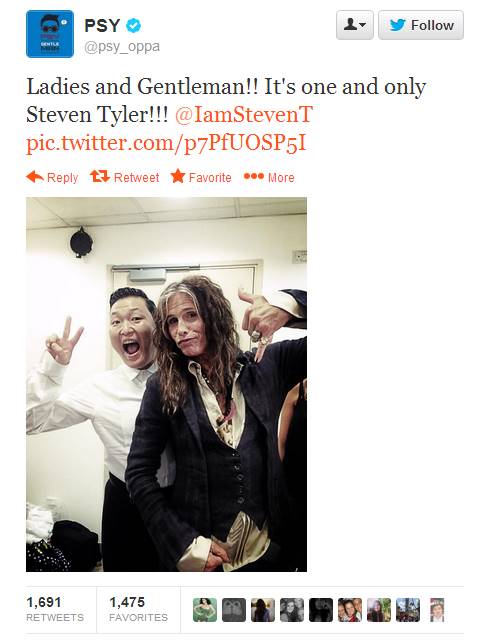