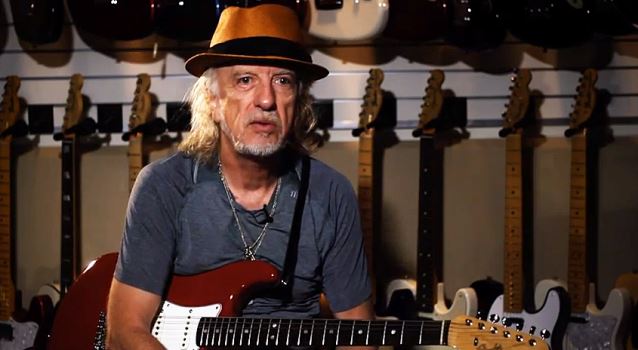 AEROSMITH's WHITFORD: 'We Have A Lot Of Issues' With 'Music From Another Dimension!' A Year After Release

One year ago, AEROSMITH released its latest album, "Music From Another Dimension!" The record didn't do as well as the band's previous efforts, having debuted at No. 5 on the Billboard album chart after selling 63,000 copies in its first week of release.

When VH1 Radio Network's Dave Basner caught up with Brad Whitford, the AEROSMITH guitarist reflected on the album.

VH1 Radio Network asked Brad what that all means for future music from the band and here's what he had to say: "We still have a lot of creative juices flowing so, I don't know. Maybe we'll experiment a bit more in maybe the writing process and stuff. So I don't know. Maybe we need to go back and do some more… maybe bring in some more contemporary people to work with and maybe take a few twists and turns. I don't know."