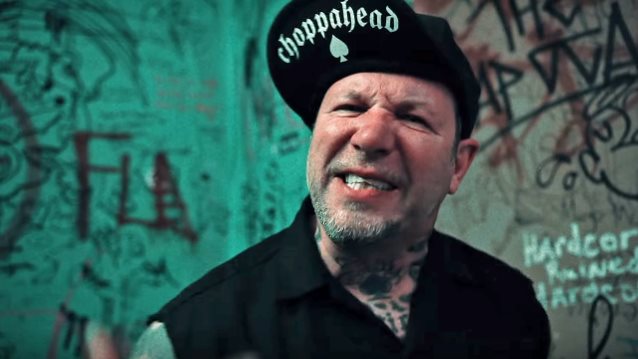 The Conductor of WSOU 89.5 FM recently conducted an interview with frontman Roger Miret of New York hardcore pioneers AGNOSTIC FRONT. You can listen to the full chat using the SoundCloud widget below. A few excerpts follow (transcribed by BLABBERMOUTH.NET).

On his autobiography, "My Riot: Agnostic Front, Grit, Guts & Glory":

Roger: "It's basically my life. Coming here as an immigrant, joining AGNOSTIC FRONT and the adventures that followed. It's definitely a story about the early punk/hardcore movement in New York City and here in Jersey, too, touring, just rough times, but getting through it and being who I am today."

On what made him write a book:

Roger: "In 1999, I was doing [the AGNOSTIC FRONT] record 'Riot Riot Upstart' with Lars Frederiksen from RANCID, he was producing the record and he came out for three weeks. Normally we're on the road, we're always talking about old stories, they love all the old stories, the old days. He's, like, 'Roger, you got to do a book.' We started back in 1999. That's when this journey began. That's the beginning of it. It's taken a long time because I've lost it a few times because of viruses and stuff like that. I had to start all over again, but it's done now. Years later, but it's here."

On whether the title of "Grit, Guts & Glory" is emblematic of the New York hardcore scene:

On the early days of AGNOSTIC FRONT:

Roger: "We were just a bunch of outcasts, misfits, a bunch of rebels. We didn't feel like we walked in step with society. Most of us, not all of us, most of us had problems at home, we just didn't get along with people, whatever it was, but for some reason when we got together and came to these shows, it felt like we were at home, it felt like we were together, among likes. I'm sure it's still hard today being that weirdo, we were those weirdos, but back then, we had something to say. It was a very different time. Back then, if you think about it, all those bands, if you played three of them, they all sound completely different. Every band had a distinctive sound. It was just amazing. It was the birth of it all. It was fantastic."

On AGNOSTIC FRONT's key to success and longevity:

Roger: "I think the secret to AGNOSTIC FRONT's longevity and our success, if you want to say that, is the fact we've always been genuine guys. Who wants to be a part of something that's not genuine, that's not real? When you meet us at shows or you just come up to us and meet us in the streets, you've always felt like there's a generosity there and that's what people want to gravitate to. The minute you don't feel legit or something feels hokey, you don't want to be a part of it."

On whether there's anything in his book that people will be surprised to read:

Roger: "I think a lot of it because I've always been a very humble, a very quiet guy. I'm not like [guitarist] Vinny Stigma of AGNOSTIC FRONT. He's Vinny Stigma, I've always been more of a shy guy, not really shy, I've just been more of an introvert, more keep to myself. They're going to be amazed to find out how I got to AGNOSTIC FRONT, who I was before because I've never really talked much about it. One of the biggest things they'll be excited to read about is my prison time. People have always asked me, but I've never talked about it, so they get to know what that experience was like. And they'll get to see where I'm at today. You got to start somewhere to get somewhere. I've made a lot of bad choices, but it made me who I am today. I can't change it for anything and I wouldn't want to. I have kids home and anything I've done differently might have put me at a different angle. I may not even be sitting with you. It is what it is. It's a good story of something positive."

On the array of emotions he felt while writing the book:

Roger: "All of it. All of it. It was therapeutic, to be honest with you. There's a lot of stuff I've just held on for years and it was good to let go, but it was a little weird. It's a little weird, but letting go, but now people know stuff about you, it's weird letting go secrets. I really figured that out the other day. I was having lunch with a friend of mine who actually read the book and we're just having a normal conversation and he goes, 'Oh, yeah, I read this in the book. I read that in the book.' I go, 'Can't we just be friends?' Because they read stuff in the book about me. Even my own family, even my brother Freddy [Cricien] from MADBALL, that's my little brother, he was emotionally touched."

"My Riot: Agnostic Front, Grit, Guts & Glory" — written by Miret with Jon Wiederhorn (also known for his book titled "Louder Than Hell: The Definitive Oral History Of Metal") — was released on August 29 via Lesser Gods. 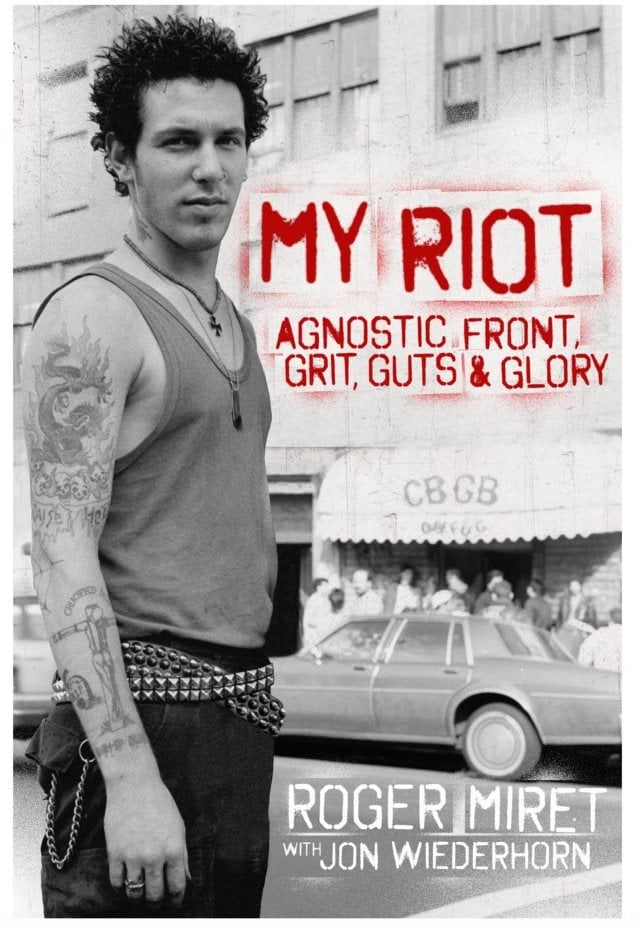