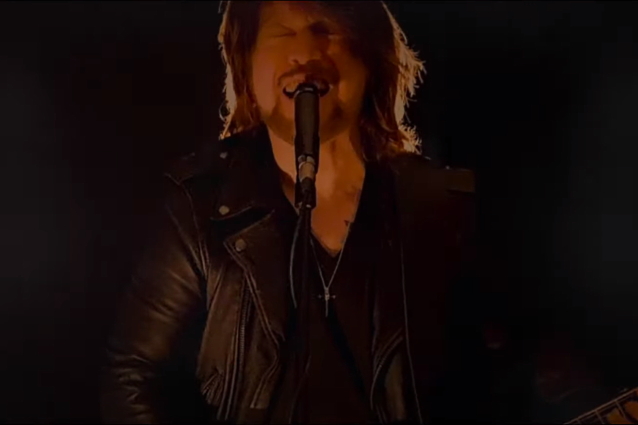 ALDO NOVA Releases 'When All Is Said And Done' Music Video

Canadian guitarist, vocalist, keyboardist, songwriter and producer Aldo Nova has released the official music video for his latest single, "When All Is Said And Done". Directed and edited by Christian Jacques, the clip features Billy Carmassi on drums, Timothy Gaines on bass and Mike Bruno on rhythm guitar. The video features striking images that emphasize Nova's powerful lyrics that speak of the battle between Light and Dark, a battle that is endless.

"When All Is Said And Done" was released on May 29 and is taken from Aldo's forthcoming rock opera, "The Life And Times Of Eddie Gage", which will include 23 brand new original songs and nearly two hours of music.

Between 2008 to 2016, Nova wrote 142 songs for "The Life And Times Of Eddie Gage", describing the album in an interview with Best magazine as "the story of Eddie Gage, and his evolution from light, de-evolution to darkness, and climb back up to the light again." Aldo plays all the characters on the LP, changing his voice in each song.