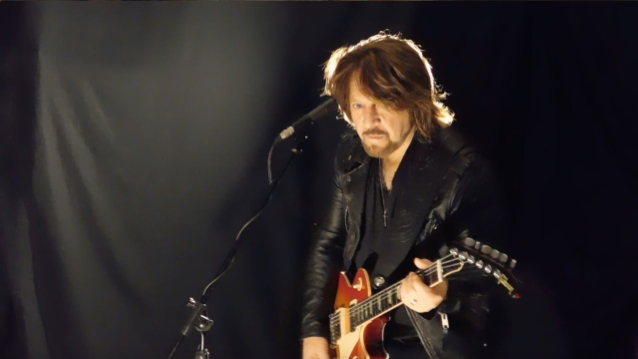 ALDO NOVA Teases 'When All Is Said And Done' Single

Canadian guitarist, vocalist, keyboardist, songwriter and producer Aldo Nova will release a new single, "When All Is Said And Done", this Friday, May 29. A teaser for the track is available below.

"When All Is Said And Done" is taken from Aldo's forthcoming rock opera, "The Life And Times Of Eddie Gage", which will reportedly include 21 brand new original songs and one hour and 52 minutes of music.

Between 2008 to 2016, Nova wrote 142 songs for "The Life And Times Of Eddie Gage", describing the album in an interview with Best magazine as "the story of Eddie Gage, and his evolution from light, de-evolution to darkness, and climb back up to the light again." Aldo plays all the characters on the LP, changing his voice in each song.

Here during the shooting for the video of my new song "When All is Said and Done". Many hours were spent for 3 nights...