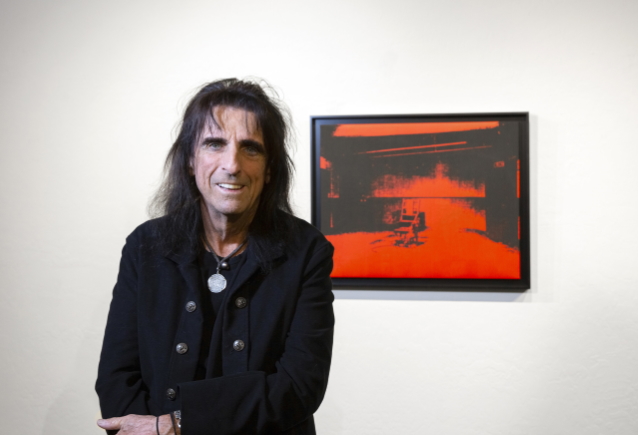 Larsen Gallery has announced that rock legend Alice Cooper will sell his prized Andy Warhol at the 2021 Fall Larsen Art Auction on October 23, 2021. With an estimated value of $2.5 million to $4.5 million, the artwork could become the highest selling painting in the state of Arizona.

The musician famously re-discovered the piece several years ago in the garage of his Scottsdale, Arizona residence, much to the surprise of the art world and the rocker himself. "This silkscreen was given to me during some crazy years and I had completely forgotten I even owned it," said Cooper, who by luck found the painting perfectly preserved.

The piece is a vibrant red Little Electric Chair acrylic and silkscreen on canvas, from Warhol's "Death And Disaster" series from 1964-65. Warhol's Little Electric Chair is based on a press photo from the 1950s of the death chamber at Sing Sing prison, where Julius and Ethel Rosenberg were executed for conspiring to pass atomic secrets to the Russians. Warhol used source material from newspapers and police photo archives for this series which subjects included suicides, car accidents, etc.

In the early 1970s, Cooper and Warhol became friends at the famous Max's Kansas City in New York City.

"I met Andy Warhol when I lived in New York City, and it was just when I was becoming the scourge of rock 'n' roll and of course that attracted the whole Warhol crowd," said Cooper. "You'd go to clubs like Max's Kansas City and they were all there and we'd hang out. It was a very surreal time, Andy was always taking photographs of everyone or making movies of everyone. He had a whole crowd of people around him all the time, and my girlfriend Cindy Lang was really connected into that group.

"One day a few years ago, I was talking to Dennis Hopper who said he was selling a couple of his Warhols. I said, 'Wait a minute I think I have a Warhol somewhere.' So I went digging around and found it and it was in perfect condition. I mean it was sort of in a time capsule, which I think Andy would have loved because he loved doing the time capsule as an art piece in and of itself. So there it was, it had lived by itself for many years. We took it out and had it looked at with the intention of displaying it but then I just decided it was time to move on, time to release it to the world. I figured I'd had it for all this time and had almost forgotten about it — let's let someone else really enjoy it."

The longtime Arizona resident selected Scottsdale's Larsen Gallery to sell the Andy Warhol in its 2021 Fall Larsen Art Auction to be held October 23. The Larsen Art Auctions have historically sold greater than 90% of lots offered with registered bidders from most every state and more than 40 different countries. The gallery will be donating a portion of its commission to Cooper's non-profit Solid Rock Foundation, which offers support and community to local teenagers.

For more information or to register to bid for the 2021 Larsen Art Auction, please visit the auction's web site at larsenartauction.com or contact the gallery at 480-941-0900. 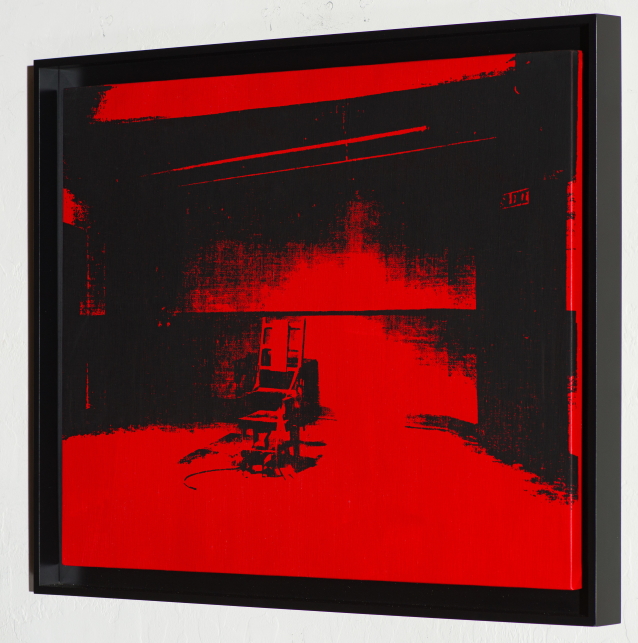