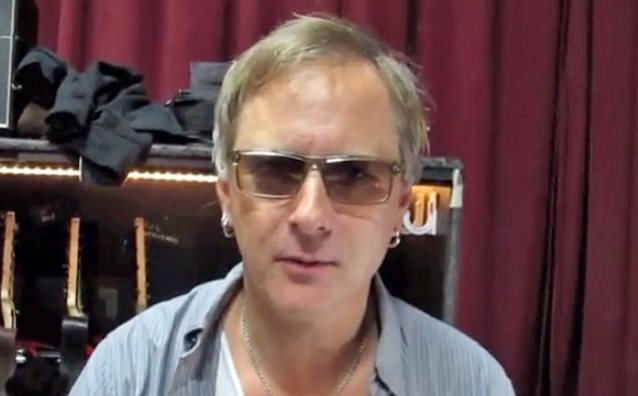 According to Zillow Blog, ALICE IN CHAINS guitarist Jerry Cantrell sold his home in Studio City, California for about $1.45 million. He had listed it in June 2013 for about $1.49 million after purchasing the 2,151-square-foot home in 2005 for $1.245 million.

The single-family residence that sits on a 0.26 acre lot was built in 1936 and boasts Spanish mid-century style architecture. The home comprises of three bedrooms and two bathrooms.

After residing in Seattle for many years, Cantrell moved to Los Angeles in mid-2003, by which time he had stopped his heavy drug use. The peculiarity of this transition would be expressed in the ALICE IN CHAINS song "Check My Brain", from the band's 2009 album "Black Gives Way To Blue".

In a 2009 interview with CNN, Cantrell stated about the move to Los Angeles: "Yeah, it's kind of a funny thing. Being from Seattle, it's pretty easy to make fun of the Southern California lifestyle, or maybe it's easy for a lot of people to take a shot at it. But this is where I ended up, and still can't believe I'm living here. But I'm digging it! No need to rock the boat, man."

Property records show Cantrell has since moved back to Washington — he bought a home in Burien for $1.35 million in March 2012.