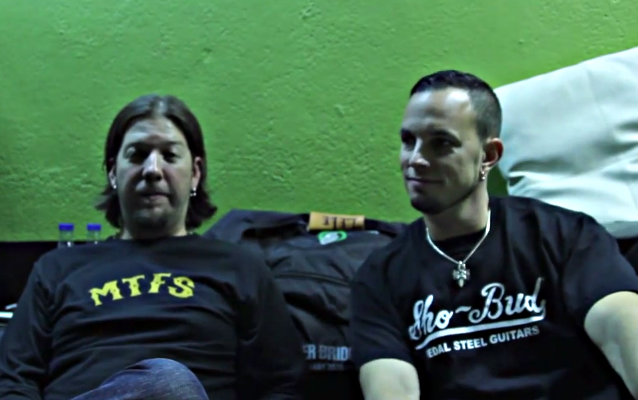 Alba Rodrigo of Spain's GoetiaMedia.com conducted an interview with ALTER BRIDGE prior to the band's November 14 concert in Barcelona. You can now watch the chat below.

ALTER BRIDGE will celebrate its 10th anniversary on January 6 with the release of "Alter Bridge X", a massive, 27-disc box set that will be limited to just 3,000 copies worldwide. The set will include all four ALTER BRIDGE studio albums, along with DVD, Blu-ray, and vinyl audio copies of "Live From Amsterdam" and "Live At Wembley", including a 3D version of the latter. Also in the box will be every webisode to date, hours of unreleased interviews and documentary footage, a coffee table book, a signed poster, and much more.