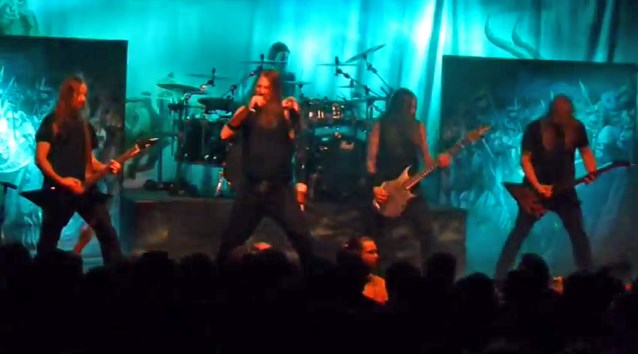 A two-camera fan-filmed mix of if AMON AMARTH's January 28 performance in Leeds, England can be seen below.

Asked if AMON AMARTH has commenced the songwriting process for the follow-up to 2013's "Deceiver Of The Gods", the band's bassist, Ted Lundström, told Metal Recusants: "Yeah, we just started very recently. We have some ideas for songs and lyrics, but we haven't really sat down to put it together yet. But after this [European] tour, that will be our main focus, just to work on the album 24/7. So hopefully we can record it after the summer. That's the plan. But we don't have any finished songs yet."

Regarding when fans should expect to see the new AMON AMARTH album, Ted said: "I would hope that we can release it early next year. But it depends on so many factors: record label and release schedule and touring and studio time and all that. But hopefully early next year [we can get it out]. That would be our plan."

Ted also made it clear that AMON AMARTH will stay off the touring circuit throughout 2015, and will focus on making the new studio album instead.

"The plan is to stay out of shows," he said. "We will see. If something really interesting shows up, we might do something. But our plan is to not do any festivals whatsoever this year."

AMON AMARTH's latest album, "Deceiver Of The Gods", sold around 17,000 copies in the United States in its first week of release to land at position No. 19 on The Billboard 200 chart. The record arrived in stores on June 25, 2013 via Metal Blade Records. 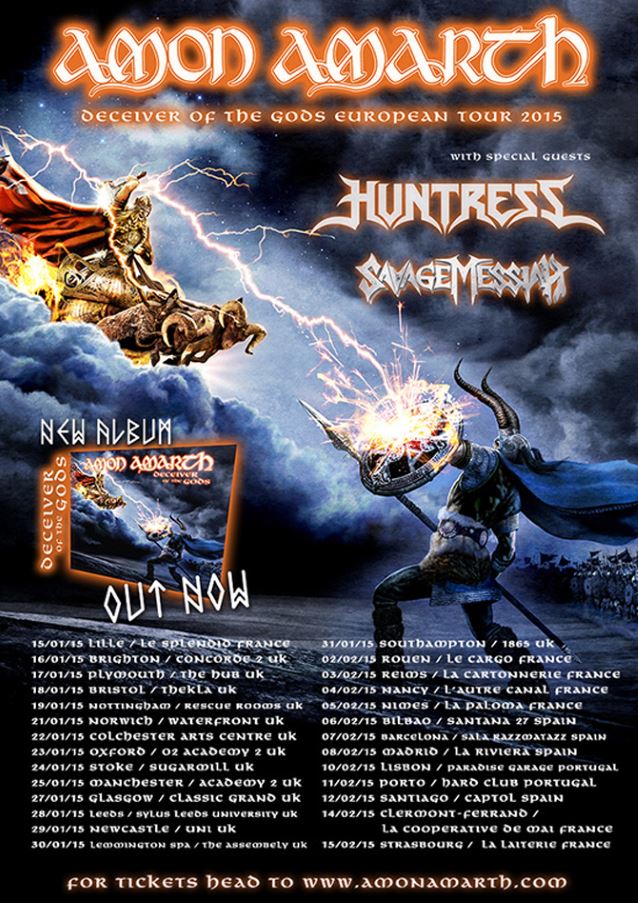