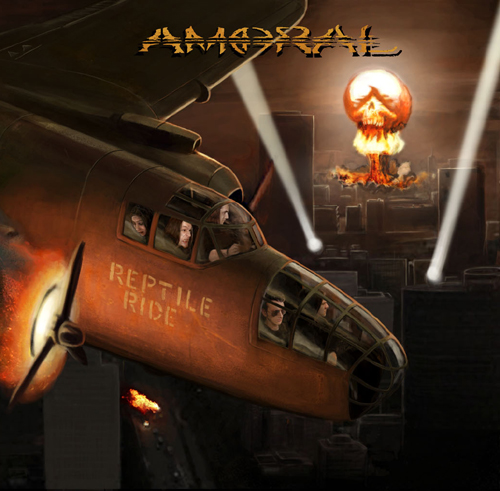 AMORAL To Support AMORPHIS In Finland

Finnish metallers AMORAL will support AMORPHIS on three dates in their home country during March. The group's schedule is now shaping up as follows:

AMORAL last year entered the album chart in Finland at position No. 5 with the band's latest effort, "Reptile Ride".

An e-card for "Reptile Ride", featuring clips of all the songs on the CD, can be accessed at this location.

"Reptile Ride" (view cover artwork by Aki Siltala at this location) was produced, recorded and mixed by Janne Saksa at Sound Supreme Studios in Hämeenlinna, Finland.

Spikefarm Records last June released the Internet-only "Leave Your Dead Behind". The bonus track for this release was a cover of Swedish pop star PANDORA's song "The Naked Sun". AMORAL's back catalogue has also gone digital: "Wound Creations" (2004) and "Decrowning" (2005) were released to digital music distributors last May.

AMORAL's video for the song "Leave Your Dead Behind" can be viewed below.