AMORPHIS To Enter Studio In November

Finnish metallers AMORPHIS will embark on a North American tour in September. Guitarist Esa Holopainen says: "This is our first tour in this region with our latest album, 'Silent Waters'. Tickets are selling well so you can only be happy. We picked SAMAEL and LEAVES' EYES as support acts because we know the guys and this kind of musical combination offers something for everyone."

AMORPHIS will enter Sonic Pump Studios in Helsinki in November to record the follow-up to the "Eclipse" and "Silent Waters" albums, both of which were certified gold in the band's native Finland. Esa reveals, "We have been working really hard on new material and the new record should be out sometime next spring. The new material will again be very epic.” 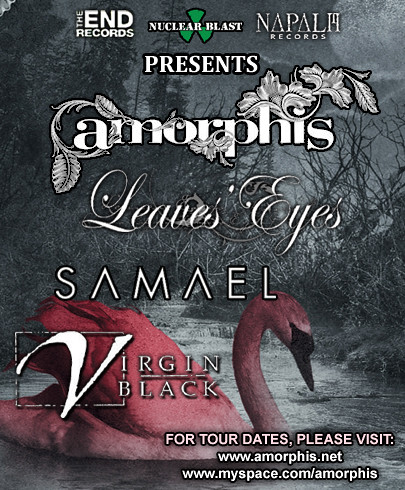