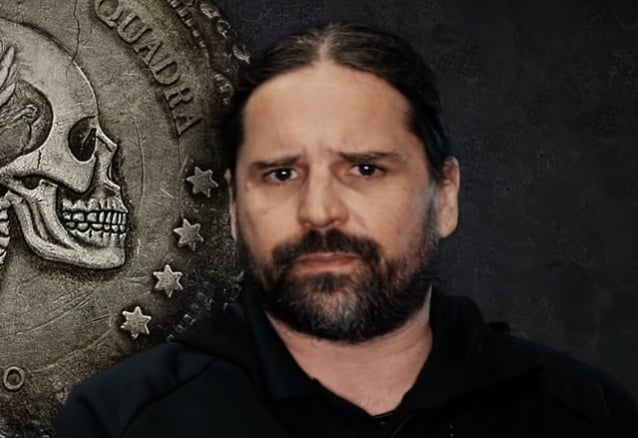 In a recent Cameo video message requested by Jonathan Montenegro of Sobre La Dosis, SEPULTURA guitarist Andreas Kisser commented on the band's enduring musical influence, especially within the heavy metal scene. He said (as transcribed by BLABBERMOUTH.NET): "Yeah, I feel very proud that SEPULTURA, after almost 40 years — we're at 37 years now — of a career, is still relevant. People talk about our old stuff, our new stuff. We have a very rich history with some changes in lineups and characteristics in music, using the Brazilian influence of our music — percussion and et cetera — which put SEPULTURA in a different place compared to other bands, especially outside Brazil. So, yeah, it's cool that we created something new on the business, on the scene, on the heavy music scene. So it's great that many, many bands mention SEPULTURA as an influence for them to start a career or start writing music. And that's very fantastic; it's amazing."

While the pandemic paralyzed the entire world and prevented bands from touring, the members of SEPULTURA refused to sit back and feel like animals trapped in a cage. Therefore, in early 2020, the band seized the moment to start its own weekly "SepulQuarta" video podcast in which they invited other famous musicians from all over the world to not only discuss important topics but also perform a track from SEPULTURA's massive catalog together with the group. The resulting full-length compilation was released in August 2021, with the album containing 15 classics featuring internationally renowned guests and friends.