ANGEL: Seven-CD Retrospective Celebrating CASABLANCA Years To Be Made Available In August

On August 31, Caroline/UMe will salute the core output of one of the most underrated rock bands of the 1970s with "Angel: The Casablanca Years". This ascendant, band-approved seven-CD box set features the Washington, D.C.-bred glam/rock outfit's six albums that were released on Neil Bogart's legendary Casablanca Records label, in addition to a seventh disc that contains mono mixes, single edits, soundtrack contributions, and other rarities. ANGEL expert Dave Reynolds contributes insightful liner notes to the box set's included 28-page booklet, which also features rare photos and other memorabilia.

ANGEL was discovered in a nightclub by none other than Gene Simmons of KISS, a man who had (and still has) a knack for finding and nurturing talent. ANGEL was also known for their androgynous look and dressing all in white, a pure yin-yang contrast to KISS's own all-black clothing and elaborate stage outfits. In 1975, the glam-rockers were signed to the home label for KISS, Casablanca Records, ultimately releasing six albums (five studio, one live) uninterrupted between 1975-80 that mixed the best elements of glam, hard rock, and pure unadulterated fist-pumping melodic singalongs.

While ANGEL never quite achieved success as their labelmates KISS did, they left their mark on in-the-know rock fans of the era with tracks like the hard-driving "Rock & Rollers", "Tower", the perennial holiday favorite "The Winter Song", and their key contribution to the soundtrack of the Jodie Foster-starring 1980 teen drama "Foxes", "20th Century Foxes". The lineup for their self-titled 1975 debut, "Angel", consisted of guitarist Punky Meadows, bassist Mickie Jones, vocalist Frank DiMino, keyboardist Gregg Giuffria, and drummer Barry Brandt. This lineup recorded two more albums, 1976's "Helluva Band" and 1977's "On Earth As It Is In Heaven", after which Jones would be replaced on bass by Felix Robinson. Two more solid studio efforts, 1978's "White Hot" and 1979's "Sinful", ensued before the release of a stellar live set, 1980's "Live Without A Net". 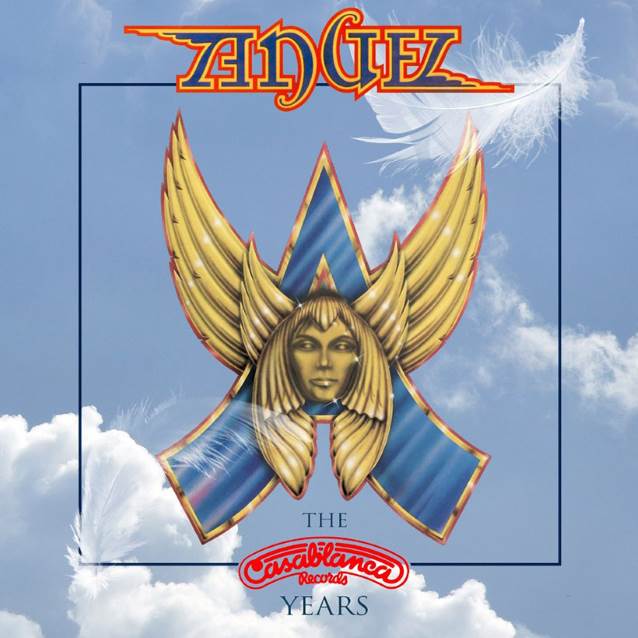