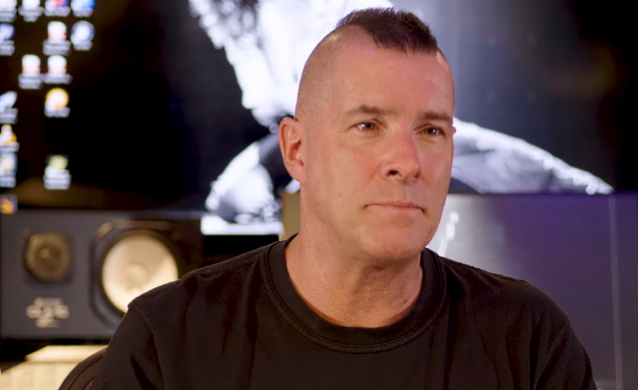 ANNIHILATOR's JEFF WATERS On NEIL PEART: 'When He Died, I Think A Little Piece Of Canada Died'

Jeff Waters of Canadian thrash metal veterans ANNIHILATOR has commented on the passing of Neil Peart, who died on January 7 in Santa Monica, California after a three-year battle with glioblastoma, an aggressive form of brain cancer. The iconic RUSH drummer was 67 years old.

Speaking to The Metal Voice, Waters said (hear audio below): "Everybody knows inside and outside of Canada what Neil Peart has done as a drummer to our hearts and souls, but to drummers — the influence that he's had on almost every drummer since he started… Everybody knows RUSH's music and the trio are probably the three most talented people in music that got together ever… RUSH, to me, is just part of Canada. That is Canada; they're almost not even people.

"My favorite [RUSH] songs were 'Spirit Of Radio', 'Limelight' — it has the best chorus ever — and 'Tom Sawyer'. Those are my top three songs. And he was, and RUSH is, and he is, part of Canada. So when he died, I think a little piece of Canada died."

ANNIHILATOR's new album, "Ballistic, Sadistic", is due on January 24 via Silver Lining Music.