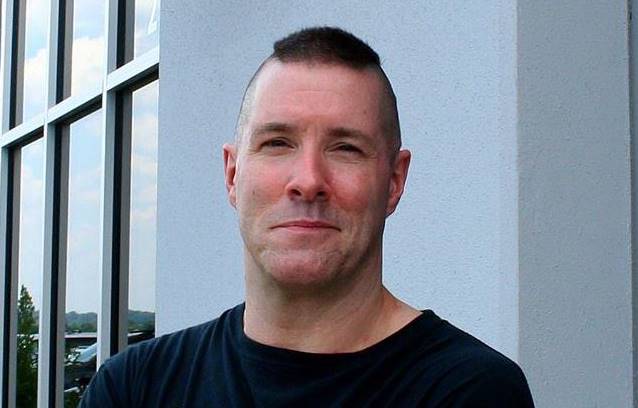 ANNIHILATOR's JEFF WATERS On Upcoming Album: 'It's Actually Gonna Be Something Quite Different'

Jack Antonio conducted an interview with guitarist Jeff Waters of Canadian metallers ANNIHILATOR on the March 26 episode of "Do You Know Jack?" radio show. You can now listen to the chat using the Mixcloud player below.

Speaking about the progress of the recording sessions for ANNIHILATOR's follow-up to 2013's "Feast", Waters said: "Just before you called, or as you called, I was just sort of… pre-mixing mode, basically. We're just doing some backup vocals on Monday. And those consist of a bunch of guys standing around, all stinky and sweaty with bad breath, yelling into a microphone words like 'kill,' 'die,' 'hell' and weird grunting noises. And that's called backup vocals."

He continued: "It's studio CD number fifteen… Holy crap! Fifteen! Yeah, this is different. This one actually… You do all these records and… Almost every band usually says, 'Oh, yeah, this is the best album we've done for this many years.' Or this and that. The smart ones say, 'This is the better, or best, one we've done in a few years. And the dumb ones say, 'This is the best album we've done since…' And then they name their best album, and everybody goes, 'You've gotta be kidding me.' Right?! So I'm kind of realistic on that.

"Whenever we create or record a record, we always think it's fantastic, and then, as every day trickles on after that, reality sets in and you realize, 'Okay, there's five strong songs and three good ones and two that maybe we should have written and recorded two different ones. And then a few more months go by, and you realize, 'Okay, there's three really strong ones, there's three okay ones, and then there's three stinkers.' You know what I mean?! It's just the nature of writing. And if all artists were honest about this to themselves, or to the press, at least, you would get that from everybody. Because there's no way bands are doing ten classic songs per album anymore. There's almost no records ever done like that since the early '90s."

Waters added: "But as far as what I think of the new one… One thing I do know is that it's different. It is definitely not along the beaten path that you would expect us to do after that that last record we did, 'Feast'. And that's kind of weird, because the record company hasn't heard it yet, and they are all hoping we get 'Feast No. 2' happening here, because they made a minor metal killing on the last album, which was great for us. They did well, and we did well on this one. And they're stepping everything up, so to speak, and we're all excited about it, but I'm telling them, 'Please don't expect it's gonna be 'Feast' but a bit better.' It's actually gonna be something quite different."

Waters elaborated on his mindset going into the writing process for ANNIHILATOR's new CD. He said: "I had pressure this time. Normally, I always say, 'Oh, I own the rights to this. I just license the album out to the different companies.' And I have a sub-publishing deal, which means you haven't sold your publishing rights. You've just given Sony… basically, for me, Sony the right to go collect my publishing money for me rather than own it. And the trade-off in these kinds of deals is the publishing and recording company that you sign with don't have as big a percentage in profit to make as if they signed you and owned your ass. This way I control it, so to speak, and I get the rights back to all this stuff after a certain number of years, but they don't put in as much money to do it. Now, in this case, when you get lucky and you have a record like we did with 'Feast', you kick back and sort of smile and go, 'I don't have to worry about that. They see the money.' Even though they got a certain percentage less than normal, they wanna kick it in now, because they know the last one did well. So there was some pressure on me here… And for a couple of other reasons, which people will find out in about a month… There was some pressure on me on this album, and I decided, 'Screw it! Just go and…' I work better under pressure and under stress and under the fear of failure and [with the thought of the possibility of] people not liking it. And when the press say things, I'm, like, 'Oh, it doesn't bother me. I've been in the business for so many years. It doesn't bother me.' And yet I'll go and feel sick to my stomach and walk around depressed for two days. [Laughs]"

ANNIHILATOR's fourteenth studio album, "Feast", was re-released as a limited edition featuring re-recorded ANNIHILATOR classics on CD and the full Wacken Open Air festival show on DVD, all in a special Ecolbook version with a new 3D cover.