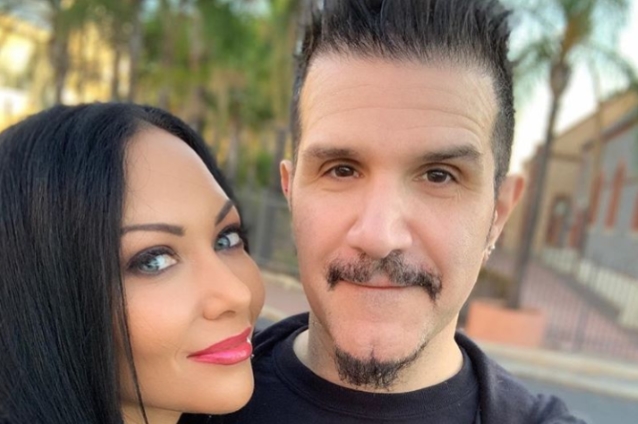 Carla Harvey has gone public with her relationship with Charlie Benante.

Although the BUTCHER BABIES co-frontwoman and the ANTHRAX drummer have been dating for at least three years, they apparently chose to keep their relationship quiet. But that all changed over the weekend, when Carla posted an Instagram photo of her with Charlie, along with the following caption: "THANK YOU for always being there for me when I need you most. I love you @charbenante"

Back in 2015, Charlie named BUTCHER BABIES' sophomore album, "Take It Like A Man", as one of his favorite releases of the year.

Before starting a relationship with Charlie, Carla was married to Gregory Coates since 2012.

Benante was previously married to Sandra, with whom he has a 13-year-old daughter, Mia Charley Benante.

Charlie and Sandramade headlines in 2012 when they were arrested for domestic battery in front of a child.

BUTCHER BABIES spent more than a year touring in support of its third album, "Lilith", which was released in October 2017 via Century Media.

ANTHRAX is continuing to play shows in support of 2016's "For All Kings" album.

THANK YOU for always being there for me when I need you most. I love you @charbenante