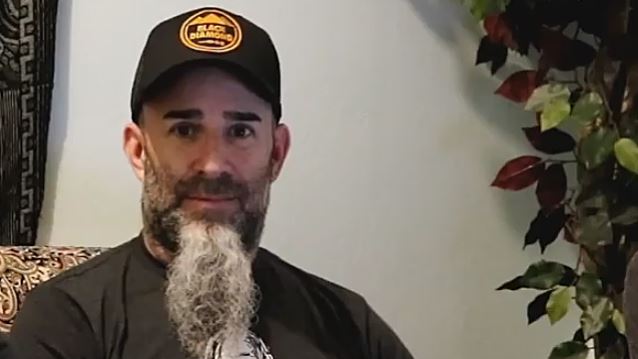 ANTHRAX Guitarist: 'From Day One, All I Ever Wanted To Do Was Play With Other People'

Hit The Pit's Eric Yelowitz and Chuck Meyers recently conducted an interview with ANTHRAX guitarist Scott Ian. You can now listen to the chat below.

Asked how he gets so much energy to put into his live performances, Ian said: "I just really enjoy playing. From day one, all I ever wanted to do was play with other people — like be in a band — and then be able to have that band play in front of people. So that's my favorite part of being in band — my time on stage. I don't really need much motivation more than that — just the idea of standing in front of people who are there to see you do your thing, that's all I need. And even if they're not there. I mean, when we were first starting, it's not like anybody was at our shows, and I was the same way onstage. So, for me, it's all about just really being there with my band and getting onstage, and we start a song. It's kind of involuntary. It's just who I am as a person and how the music moves me."