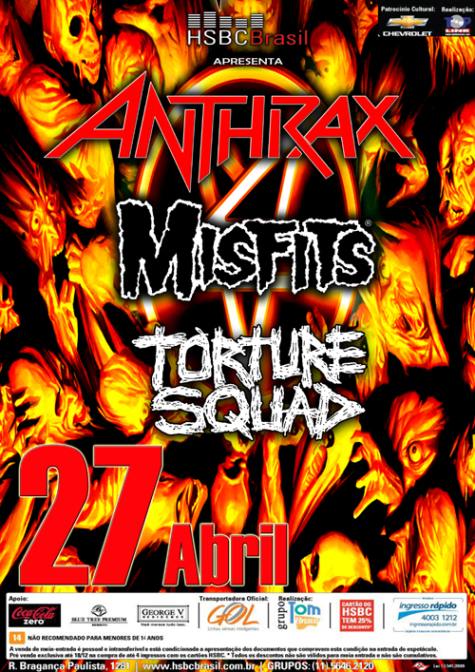 Brazil's Wikimetal podcast conducted an interview with ANTHRAX guitarist Scott Ian ahead of the band's April 27 concert at HSBC Brasil in São Paulo with MISFITS. You can now stream the second part of the interview in the podcast using the Mixcloud player below. (Note: The Ian interview begins around the 11-minute mark.)

As previously reported, ANTHRAX will support MOTÖRHEAD on their annual fall U.K. tour in November.

The CD cover artwork for "Worship Music" was handled by renowned comic book artist Alex Ross, who has worked with Marvel Comics and DC Comics and is known for his "Marvels", "Kingdom Come", and "Astro City" illustrations. Ross also did the original artwork for ANTHRAX's "We've Come For You All" and "Music Of Mass Destruction" albums.

ANTHRAX recently completed the second leg of its U.S. tour with TESTAMENT and DEATH ANGEL.