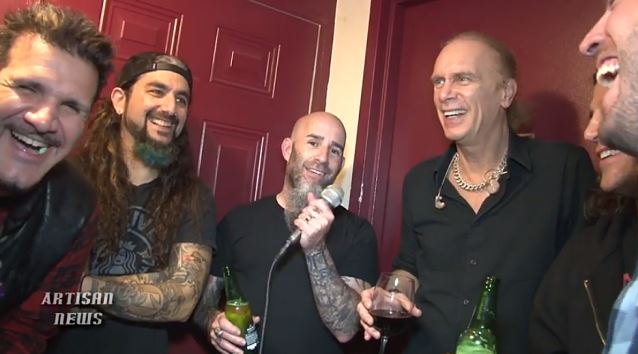 The successful "Metal Masters" clinic series, which has been growing since it started four years ago, returns this January with what promises to be its most impressive concert to date.

"Metal Masters 5" will take place in Anaheim, California on January 22 at the House Of Blues, marking the first time this legendary series plays in Anaheim. Doors will open at 8:00 p.m. with the show starting at 9:00 p.m. The event will be streamed live worldwide via GearGods.net for those around the globe unable to attend.

"Metal Masters 5" is bringing back some of the best performers from the previous clinics while adding some new faces as well as some unannounced surprises. As always, fans can expect unforgettable performances, instructional lessons and once-in-a-lifetime musical partnerships.

More additions will be announced in the upcoming weeks and the lineup is always subject to change.

"'Metal Masters' started out as two bassists teaching a clinic and has gone on to become a spectacle that includes some of the greatest musicians that defined a genre," says Samson's director of marketing and "Metal Masters" founder, Mark Menghi. "What better way to learn, than seeing these amazing performers up close and personal teaching their own personal techniques of the trade. 'Metal Masters' has always been about doing something special for the fans and that will never go away."

If the still circulating buzz from "Metal Masters 4" is any indication, "Metal Masters 5" will not disappoint. "Metal Masters 4" marked the clinic's return to New York City where it played before a sold-out crowd at the Gramercy Theater. The evening featured musical clinics by Frank Bello, Scott Ian, Billy Sheehan, Charlie Benante and an opening set by PHILM featuring Dave Lombardo. The concert finale that night was one for the ages featuring metal classics such as ANTHRAX's "Room For One More", PANTERA's "Mouth For War" and "5 Minutes Alone" as well as SLAYER's "Chemical Warfare", to name a few. The 13-song set let the crowd know they had just witnessed a once-in-a-lifetime moment.

Tickets are available for $25 and can be purchased at this location.

Video footage of Portnoy, Ian, Bello, Benante and Sheehan talking to Artisan News about "Metal Masters 5" can be seen below.

King previously stated about his motivation for taking part in "Metal Masters": "The reason I still do it to this day is to get Phil involved, because I think the world misses him. He's good at what he does and I'm one of the few guys he looks up to to the point where he'd come out and do it. And I'm not blowing sunshine up my ass; it's just a fact. And everybody wants to see Phil. Everybody loves Phil. When I come out, it's a huge applause. When Phil comes out, it's like somebody came back from the dead; they're not expecting it. And it's cool."

Speaking to Artisan News prior to the "Metal Masters 4" event in September 2012, Sheehan and the other musicians spoke about what it was like for Billy to come in and play heavier stuff than he is used to.

"I've been prepped," said Sheehan. "And it's great. I actually love it. It's like being on another planet. It's like an adventure into another land, and it's really cool. It's challenging to play this stuff."

Added Bello: "It's great seeing [Billy] come into this world, and step up as he did. I mean, Billy Sheehan is playing [chuckles] he's playing SLAYER and EXODUS tonight — without a pick. Just think about those lines right there. He totally kicks ass in it, too. The guy stepped up to it, and you can't ask for more than that. So for these kids, seeing a treat like that, man, it's a good time."

Said Holt: "[If you had told me that] this guy here [pointing at Billy], who is one of the greatest musicians in rock history, would be standing there watching my fingers as I'm playing [EXODUS's song] 'Piranha', I would havee called you a stone-faced liar and said, 'Get outta here!'" 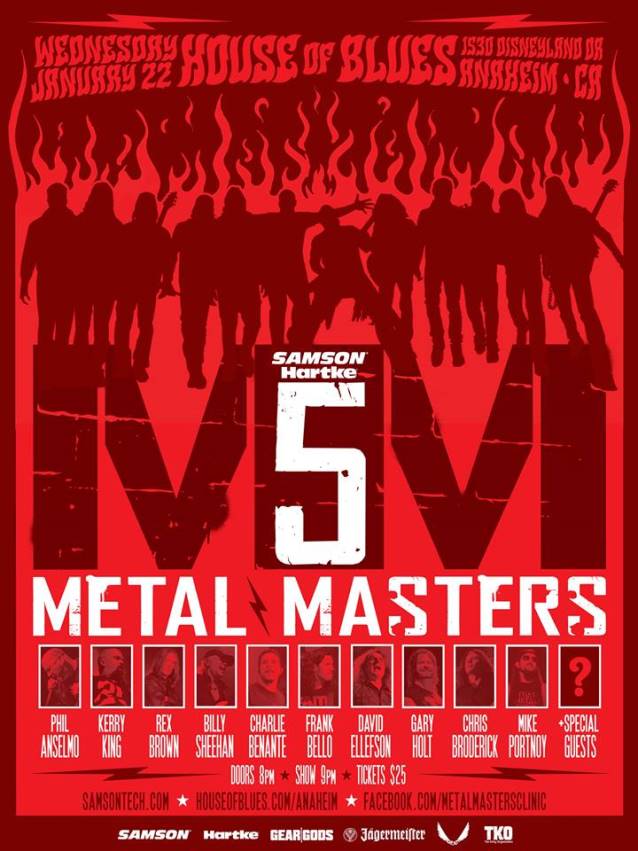